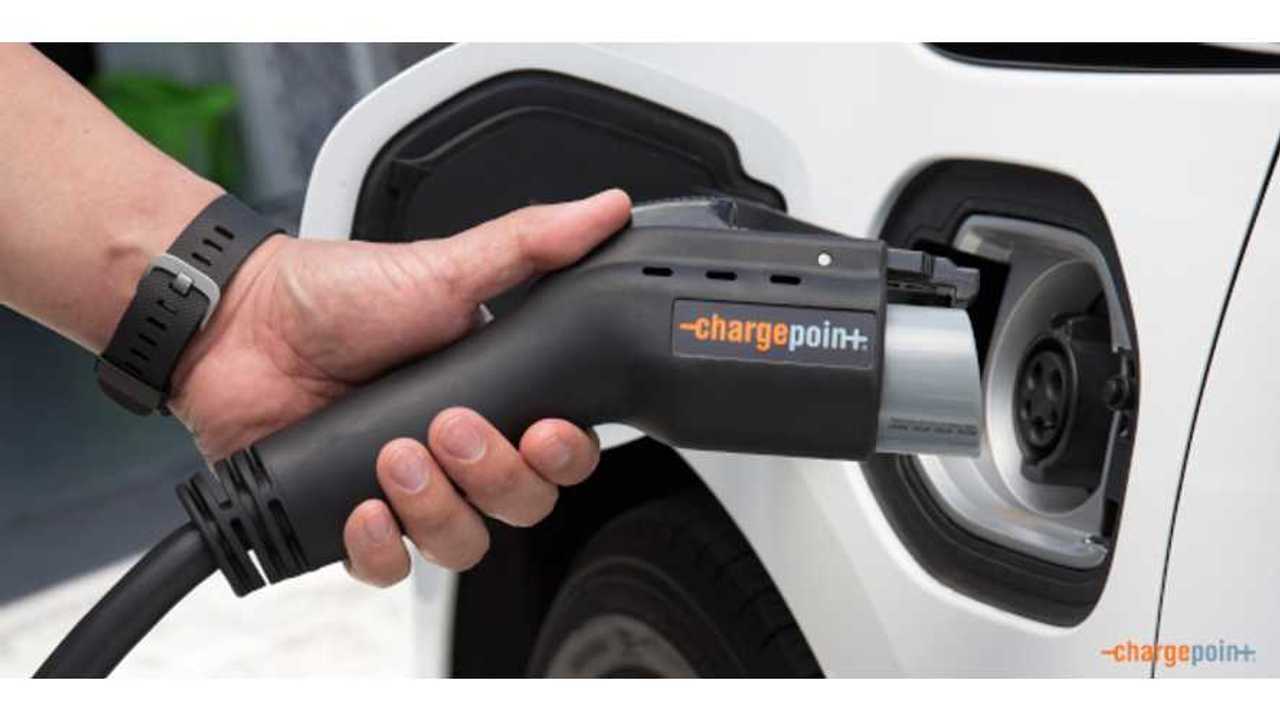 ChargePoint Network reached the milestone of more than one million charging sessions every month with more 33 million sessions total since inception.

The users plug-in into the ChargePoint on average every two seconds, while the total energy dispensed nearly hit 250 GWh at the end of 2017.

Average energy usage from the network already exceeded 8 GWh per month and is expected to reach 12 GWh this year.

"Currently, ChargePoint solutions dispense 8 gigawatt hours (GWh) of energy per month, but that ﬁgure will likely reach 12 GWh/month over the next year. Our projections suggest that this trend will accelerate as the EV market expands throughout the country."

More than 1,000 new charging places are added onto the ChargePoint Network every month. ChargePoint forecasts that by 2020, more than 3 million public charging spots will be installed globally.

"In 2017, the U.S. EV market reached historic milestones: with more than 41 models available on the market, annual sales reached nearly 200,000 units for the first time ever. By 2020, more than one million electric vehicles will have been sold in the U.S. With at least 30 new EV models in nearly every category coming out over the next several years, consumers will have more choice than ever before, encouraging even broader EV adoption. Analyst reports indicate that one in four new cars sold worldwide will be electric by 2030 and more than half by 2040. ChargePoint’s growth in 2017 kept pace with strong EV sales, adding more than 1,000 new places to charge per month year’s end."

"ChargePoint also set records in 2017, delivering an average of more than one million public charging sessions per month, up from under 700,000 each month the year before. By the end of 2017, the company added an average of more than 1,000 new places to charge each month, an increase of several hundred over the prior year. ChargePoint entered 2018 with approximately 45,000 places to charge on the network, a year-over-year increase of more than 10,000. Today, someone plugs into the ChargePoint network approximately every two seconds, underscoring the massive growth of electric mobility."

“As one of the most pivotal years for mobility in nearly a century, 2017 marks the beginning of the all-electric era. Electrification has emerged as the technology of choice for mobility solutions of the future, and we’re seeing a perfect storm of record customer demand, new EV models hitting showrooms, expanded charging network investment and more policies that incentivize electrification. 2018 will be another landmark year for electric mobility and we remain committed to charging the EVs today and tomorrow.”

Visit the Charging Forward Report page for more information or to download the full report.