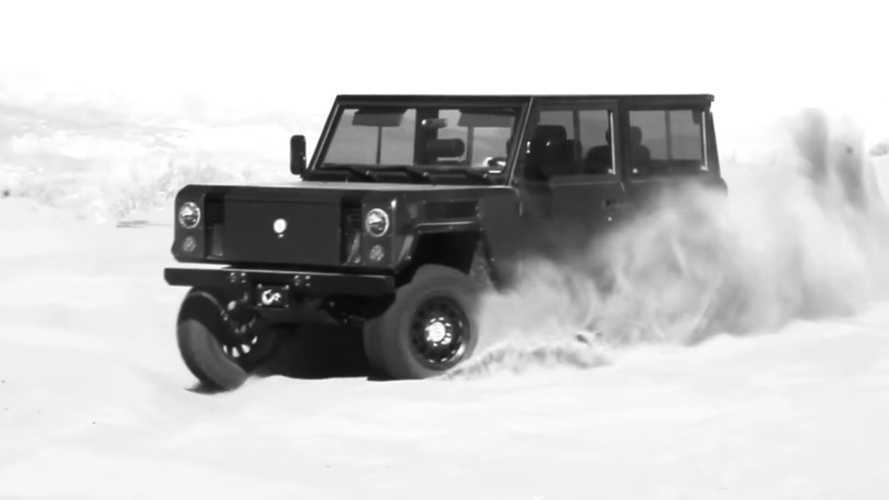 We got pretty excited the other day when we noticed the British publication Autocar had done a piece on the Bollinger B1. That's not to say one (or more) of us is a fanboi (we are). We just want to know every detail about this Land Rover-esque electric beast as it makes its way from drawing board to driveway so we can pass that along to you, dear reader.

Onwards and upwards at Moab

Unfortunately there wasn't much new here, aside from a (not-unexpected) pushing back of the production start date from early 2019,  as we had been informed by founder and brand namesake Robert Bollinger in an August interview, to mid-2019. Then we reached the final line: "While the B1 is focused on the American market, the firm is aiming to start exporting models in 2020, principally to the Middle East." Well, there's something new.

Now, feeding the Middle East market doesn't impact our audience so much (aside from those of you in the Middle East, of course), but it does raise a few questions. For example, how does the B1 handle in the soft sand that abounds in that region? Luckily, that question comes with an answer.

The Bollinger crew took a detour through Moab, Utah on its way to the SEMA (Specialty Equipment Market Association) show in Las Vegas, Nevada, where they let their creation stretch its considerable legs on the area's famous rock formations and in the sandy dunes. And, luckily enough for us, they filmed it. The footage is brief, but the results are unequivocal: Bollinger B1 + sand = fun. Science! Looks like the electric truck will be as at home in the Middle East as it might in Maine.

If that 22-second clip is just too short, don't panic. We have another just below of a very Moab-type ascent awaiting your hungry eyes. Enjoy!

And if you're still yearning for more B1 action, then check out this video of the electric truck on Colorado’s “Road of Death.”