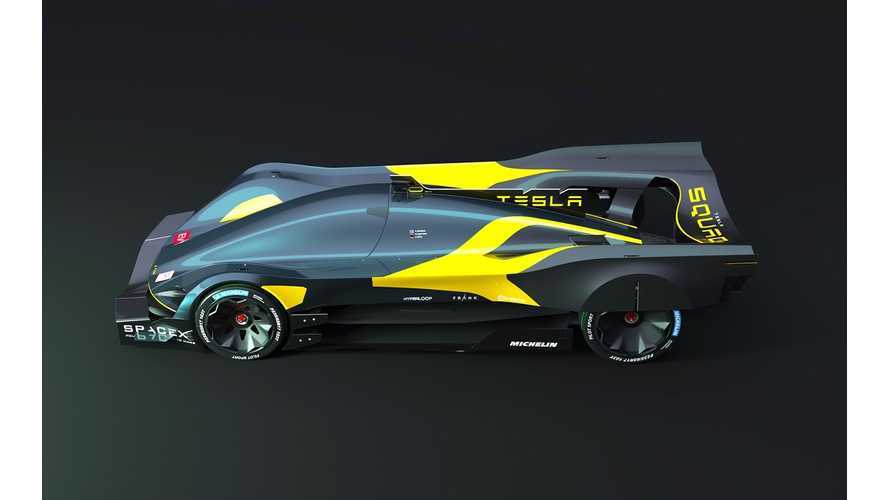 It may be awhile before we see a Tesla racer such as this, or it may never happen at all, but automotive artists Joren Claus and Fabian Brees have it all figured out just in case. They believe that by 2030 an EV will be able to pull off a 24-hour race and prove that range anxiety is a thing of the past. What better to live up to the challenge than a Tesla.

These esteemed designers started with some simple sketches before they got heavily involved and went all out on this project. The racer would not only be fast, as is expected of the automaker, but also teeming with state-of-the-art technology that one would expect from Tesla, especially several years down the road.

Of course, we already have the Tesla Model S P100D for the Electric GT Championship. However, this is a whole other breed of car. We're talking about some 450 km/hr (~280 mph). Claus and Brees suggest that "their" racer could eventually take part in the World Endurance Championship. This would include 24-hour races at sites like Daytona and LeMans.

These cars would come with a fairly conventional cabin, complete with a head-up display and various applications of augmented reality. The designers also conjured up ideas of allowing for a whole new way to interact with racing fans. This Tesla racer would have a 360-degree camera to broadcast to user apps and would also keep fans posted of its position and battery charge in real time. Further, the vehicle would include an "active livery" that could transmit varying sponsor logos and information over the course of the race.

What do you think of the concept? Will we see something like this in the future?

To check out additional images, follow the source links below.