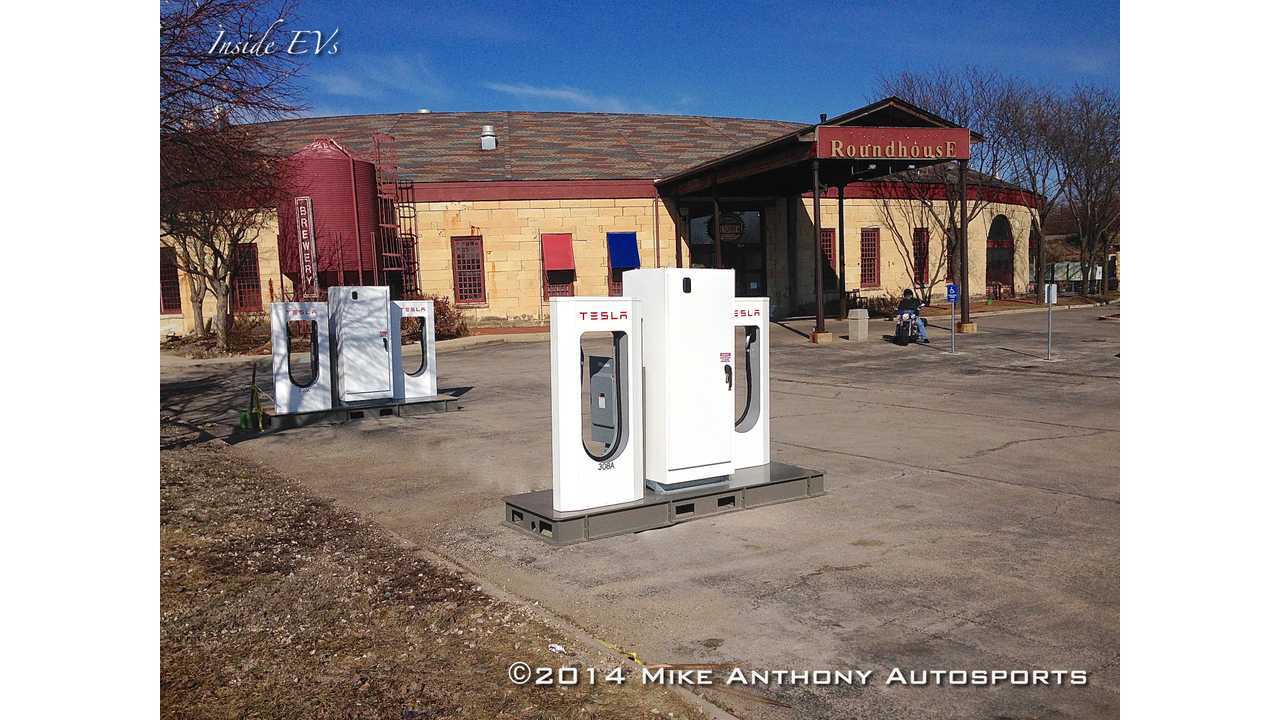 Tesla Supercharging stations, at least those built using temporarily mobile units, will not necessarily remain on-line if usage does not meet Tesla's requirements.

Charging time from AC high-power charging stations are several times longer than from DC Supercharger, and depends on the on-board charger in the vehicle.

It was the first Supercharger Mike had visited and he hoped to some day see installation of permanent station, but that's not going to happen. Apparently, the prime time location is not reason enough if usage isn't high.

Give us sign if you know of more Supercharging stations that Tesla removed from the ground.

"Hello everyone. This video may not be important to you, but it was to me. First, I thought it was quite interesting to see that a Supercharger location has been taken away, and replaced with something else. Second, this meant a lot to me to see this because I remember filming right when that Supercharger opened, and me and a former friend hopped 4 Tesla locations on that day. Three sales locations and this location. I remember before, during, after back in March, 2014, I really wanted a Tesla in the worst way... Okay, lets be real here, ever since I've discovered Tesla, I wanted a Model S. It took only 30 minutes for it to become my #1 favorite car. Anyway, I wasn't sure what I wanted to do with my life at the time, and soon after I figured it out and I now own a Model S P85. But I remember being there, wanting to be able to plug the supercharger into my own Tesla. Sadly, it is gone. This location is now a "destination charger". Has 4 High Power Wall Connectors at 40A. This location is open as a cafe in the morning, and self explanatory in afternoon. Address to Two Brothers Roundhouse: -205 N Broadway, Aurora, IL"