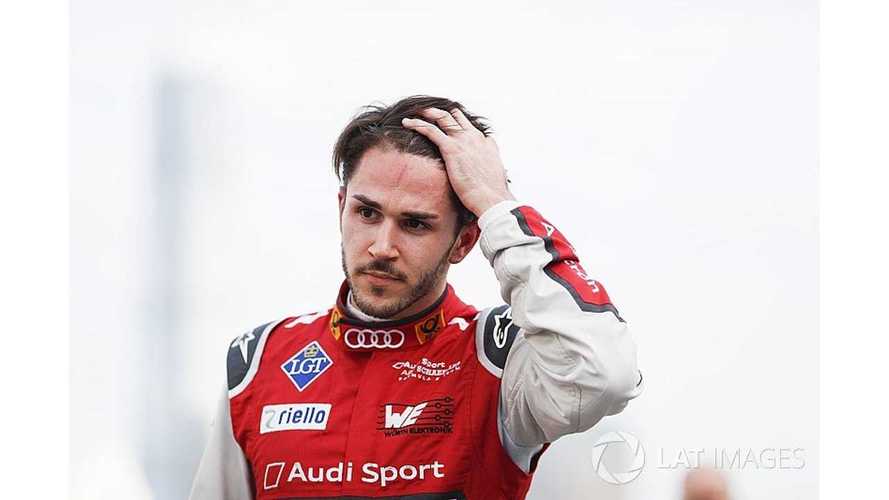 Audi Formula E driver Daniel Abt has accused rivals of cheating the series' Fanboost voting system and says drivers unfairly winning it is a "catastrophe".

It is allocated to the three drivers who receive the most votes on the FE app and on Twitter.

Accusations of the system being unfairly abused by teams are nothing new, but Abt – one of FE's most socially active drivers – says he is now "fed up to the back teeth".

In one of his video blogs addressing his fans, Abt said: "I know you work your asses off to vote for me, and I'm working my ass off to get you involved.

"But then there are some drivers who manage to cheat a bit.

"We were in front the whole time, but suddenly some drivers get a lot of votes overnight.

"Strangely, all the votes are from 12 cities in China. They must have an awesome fanbase there.

"Formula E knows about it, but they can't do anything because they cannot prove it properly. This is a catastrophe. I was getting really upset about it."

FE works with a third-party real-time voting company called Telescope, which has worked with American TV shows like American Idol, The Voice, and Dancing With The Stars, to manage the process.

Motorsport.com understands the system is considered the strongest it has been since the series started, as so-called "layers of authentication" have been gradually added to ensure votes cast are genuine.

This has included reducing the number of days before the event that voting opens from 12 to six, removing Instagram voting and disabling email-only sign-ups to the FE app.

Despite the push from the series, Abt has threatened to stop working for Fanboost.

"I'm feeling cheated," he added. "I know we would win this thing every time, if it was fair. I'm fighting for a fair treatment."

The Santiago race last weekend was the first time this season Abt did not secure one of the three Fanboost slots.

Abt, Luca Filippi and Kamui Kobayashi secured Fanboost for the two Hong Kong races – Japanese ace Kobayashi was making his FE debut with Andretti, while Luca Filippi drives for the Chinese-owned NIO team.