Nissan Shows How To Launch An EV Right, Almost 4,000 LEAF Sales In Debut Month For Japan 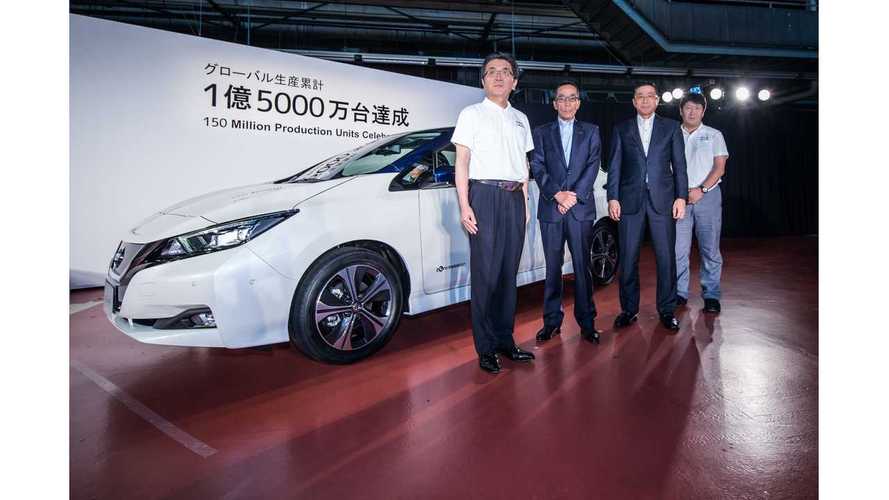 The new 2018 Nissan LEAF arrived last month in Japan.  The refreshed 150 mile/241 km EV (locally rated at an impossible 400 km/249 miles) first when on sale domestically on October 1st, and demand was strong to say the least.  Better still, Nissan knows what to do with demand - fill it!

What is "simply amazing" is how Nissan shows it in September, then sells the pants off it in October

For October, the LEAF set a new all-time sales record at 3,629! Making the LEAF the 19th best selling car in Japan for the month (a sale in Japan is noted when an order is completed by the factory).

In other words, Nissan may not have the very best EV out there (we'd really like to see that ~200 mile, affordable CUV already), but Nissan knows how to build EVs right...there was no showing off the vehicle and then teasing it for the next 2 years, no limited production at launch and a gradual roll-out over a year, no production "bottlenecks" because it had not put in the work yet, no building capacity for only a token amount.

...but rather Nissan announced the vehicle to the world only once volume production was already coming off the line (in this case from Nissan's Oppama, Japan assembly facility), and took just 26 days from the model's global debut (September 5th) to hit the first customer's driveway.

Nissan has said it expects to sell ("conservatively") upwards of 150,000 copies of the new LEAF per year (3x historical norms for the 1st generation).  It would appear the assembly of that many vehicles won't be a problem - now to see if demand will be as strong.

Production of the new LEAF has now begun in Nissan's Smyrna, TN plant, and also in the company's Sunderland, UK plant (with China to follow).  First deliveries are expected in the US and Europe in about 8 weeks.