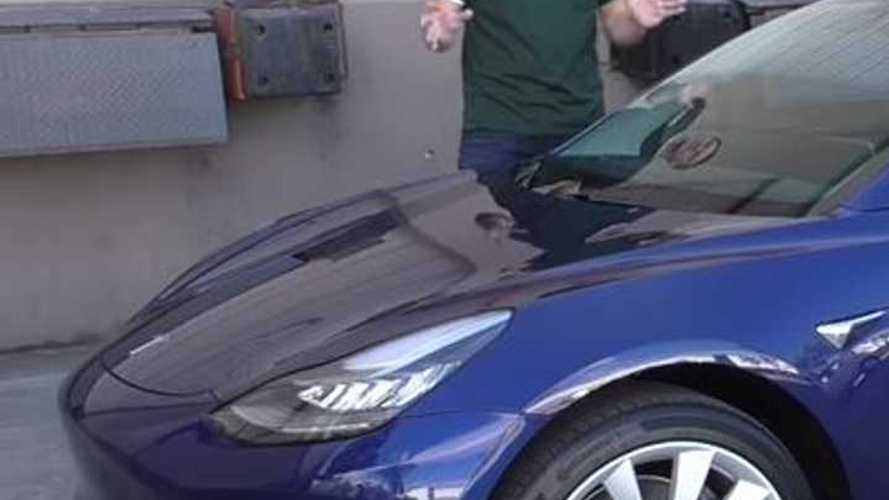 So far, full reviews of the Tesla Model 3 by 3rd party reviewers (not necessarily affiliated with the company in any way) have been few and far between; one could say they were non-existent even.

Now, some cracks in the armor of secrecy surrounding the popular model have finally arisen.

The Model 3 is currently beset by "production bottlenecks" which have limited the number of copies in the wild to just a few hundred (all of which are apparently protected by NDAs), making impartial 3rd party reviews more than a little hard to come by.

In this case, noted reviewer Doug Demuro has got his hands on a Model 3 and has put it through its paces thanks to anonymously "borrowing" a Model 3 "from a viewer here in California".

It's a 32-minute video that starts off by covering the Model 3 basics that most of us are familiar. But later in the video it turns into more towards explaining some of the Model 3 quirks and oddities.

DeMuro has a written take on the Model 3 too. You can check that out here. He concludes of the Model 3:

"However, I think the interior quality is the 3's biggest drawback, and possibly its only major drawback. Truth be told, the Model 3 is a brilliant feat: The one I drove starts at $45,000 before federal or local tax rebates, and it delivers 334 miles of range. That's a great deal..."

Demuro's other recent electric vehicle reviews include one of the Chevy Bolt and one of the Tesla Model X.