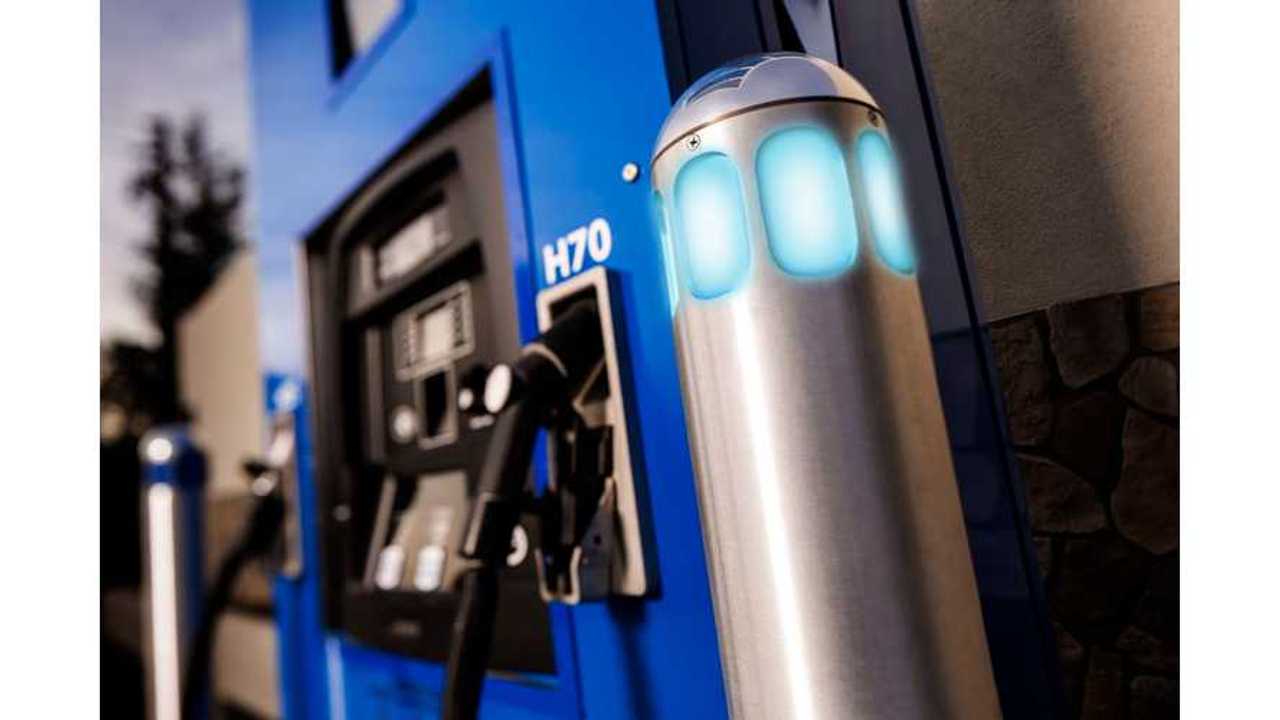 True Zero, the company that owns largest network of ... 18 retail hydrogen stations in California, announced a milestone of 250,000 kg of hydrogen dispensed, good for some 17 million miles of driving (@ 68 miles/109 km per kg).

According to True Zero, the company received more than $50 million in grants to build the infrastructure, and nine more stations are under development.

In total, with 13 others, there is was 31 retail hydrogen stations in California (~November 2017). Up by one unit in three months, when the 30th was reported on-line.

"True Zero, a California-based company, is the largest fully-dedicated developer and operator of hydrogen stations in the world, with 18 hydrogen stations open now and 9 more under development. The company's impressive growth has been spurred by over $50 Million dollars in grants received from the California Energy Commission, as well as grants from the South Coast and Bay Area Air Quality Management Districts, and private financing from Toyota and Honda.

The hydrogen sales numbers by True Zero indicate that most California fuel cell vehicle customers are finding no range or daily mileage limitations. Furthermore, their daily and hourly refueling patterns look nearly identical to those of a gasoline car, which indicates that customers are using their fuel cell vehicles without having to change their driving habits.1 The 17 million miles driven on fuel cells cars using True Zero hydrogen translate into 10 million pounds of avoided greenhouse gas emissions (in CO2 equivalency)."

"The Energy Commission is pleased to support True Zero, a California based company whose leadership is helping pave the way for our transition to a zero-emission transportation future. Surpassing the milestone of dispensing a quarter of a million kilograms of hydrogen demonstrates how government and industry can successfully work together to provide the fueling infrastructure necessary to allow Californians to travel emissions free."

"This is a significant achievement for fuel cells – every day the Honda Clarity and Toyota Mirai are showing us that hydrogen can be a practical replacement for gasoline. Thanks to the commitment from the Energy Commission, electrified vehicles are becoming more and more mainstream, and every day these cars are helping build a better future for our children."

"These consumer usage patterns are a great indication of the potential for mass adoption. We are at a very early stage of commercialization.  Just imagine in the near future when there are hundreds, or thousands of hydrogen stations open across California and surrounding states.  Driving a fuel cell car will soon be just as convenient as a gasoline car, but with zero emissions."