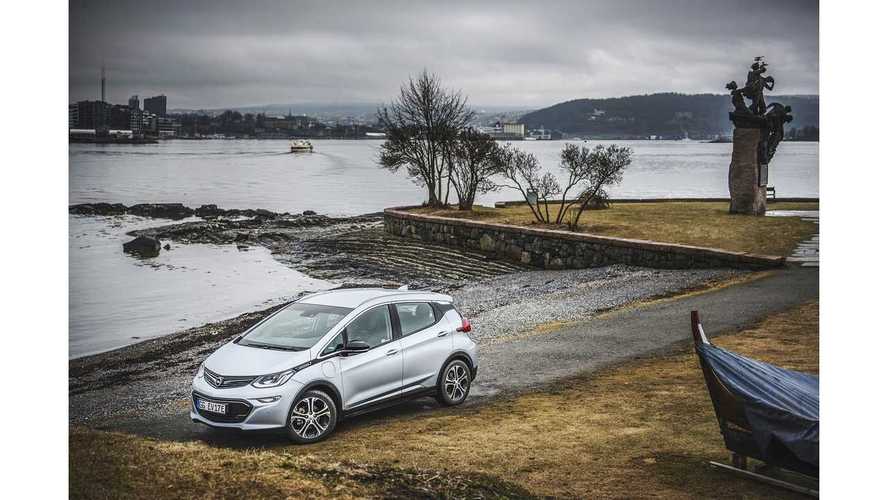 The saga of Opel Ampera-e's (AKA Euro Chevrolet Bolt EV) unavailability in Europe is approaching its climax, now with a steep price hike by GM, forwarded by Opel to future customers.

The troubles with Opel Ampera-e deliveries began after GM sold Opel to PSA Group. Now, with several thousand orders in just the first few countries, Opel has advised dealers to stop accepting new orders as deliveries from GM are being limited.

With so much inventory in the US, and Opel saying that none (of significance) will be coming until at least 2019, it was becoming obvious that GM wasn't making enough money via the Opel partnership to supply the product.

Update:  A similar €5,700 increase was announced in the Netherlands by Opel.  Check out the 2018 model year spec sheet and pricing (via Opel) here.

So who is to blame?  Not Opel apparently, as company spokesperson Stein Pettersen said (quite frankly) to Dinside, that it was ultimately GM's decision to hike Opel's cost:

"I have no problem understanding if people are giving up, annoyed and some (are just) pissed off...This is tough news, not least for our dealers. And of course, also the customers"

"This is simply the result of GM selling Opel to PSA. Car prices have increased throughout Europe. On Friday they set up the Ampera-e prize with 5,700 euros in the Netherlands."

So, now the Opel Ampera-E is a lot less affordable...but we suppose it might be a little easier to get one now in Europe?  Not a great consolation price.