Tesla Advertises Via Unique Showcases Like Its "Tesla Tiny House" 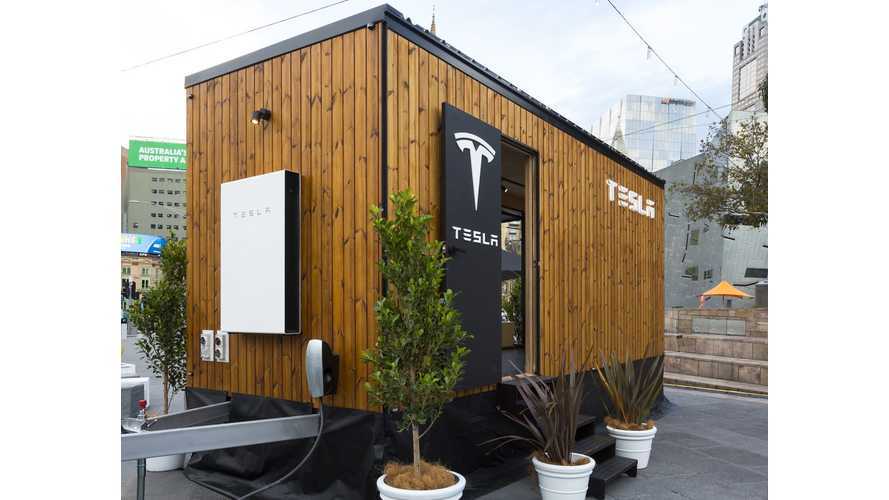 We often read that Tesla’s success is very uncommon because the company does no traditional advertising, and does little to market its products. Elon Musk has famously said that he seldom thinks about marketing and that if you build a truly revolutionary product, the marketing will take care of itself.

It’s true that Tesla has yet engage in the mass marketing activities that are so important to other automakers. The Tesla team decided long ago that it wasn’t just automobiles themselves that needed to be redesigned - many aspects of the way cars are sold and serviced are also ripe for a reboot, and that includes marketing.

Legacy automakers spent an average of $1,000 on advertising per vehicle sold in the US market in 2015, and some luxury brands spend much more. The majors also drop big bank at auto industry events, and on wining and dining journalists. Tesla attends only the largest of the auto shows, where its booths are comparatively modest. As for the press, only a favored few can even count on getting a reply to an email message, much less any rubber chickens or open bars.

However, the company does indeed engage in a variety of marketing activities. In contrast to the mass-media strategy of the majors, Tesla tends to direct its efforts at reaching out to potential customers on an individual basis.

Tesla is building a worldwide sales force under the cryptic name Asset Lite. No one outside the company can say exactly what these people do, but a recent job posting provides some clues:

“The Asset Lite role is the single most challenging sales position we offer at Tesla... In this role you will be responsible for developing untapped markets, building a robust pipeline of leads and converting them into Model S owners through charismatic presentation of our product and superb follow-up.”

Tesla brings its products directly to potential buyers not only at its showrooms, but at test-drive events around the world (among other locations, Tesla on Tour will be coming to five Florida cities this fall).

Tesla has been organizing these hands-on product demonstrations since the early days of the company, at locations carefully chosen to target likely buyers. Now the company has begun to use this strategy to sell its energy products as well as its vehicles, and what more likely place than Australia, where abundant sunshine and high energy prices have sparked a major boom in rooftop solar?

The Tesla Tiny House, a self-contained, solar-powered structure on wheels, is currently on tour Down Under, making the rounds of trade shows and local markets in order to familiarize Australian consumers with Tesla’s solar panels and Powerwall energy storage products.

The mobile showroom has a 2-kilowatt solar system on the roof, a Powerwall and an EV charging station on its walls, and a trailer hitch - yes, it also showcases the towing power of Model X. Inside, visitors can enjoy a video presentation and other marketing materials that explain how they can power their houses on cheap and reliable solar energy.

Above: An overview of the Tesla Tiny House (Youtube: Sydney Home Show)

You can’t live in the Tesla Tiny House (sorry - I know a lot of you clicked on this article thinking that you could order one). With no kitchen or bathroom, it isn’t, strictly speaking, a house, just a rolling showroom that Tesla created to demonstrate its energy products. However, for one Australian couple, a brief encounter with the Tesla Tiny House was enough to capture their imaginations and inspire a complete change of lifestyle.

Caleb and Sarah are progressive minimalists who believe that experiences are more important than things. They’ve decided to sell their three-bedroom townhouse, move into a tiny house with their five kids (!) and order a Tesla Model 3. The money they save on housing and transportation will finance trips around the world. As modern citizens of both the physical and virtual worlds, they’ll be writing a regular blog about their experiences.