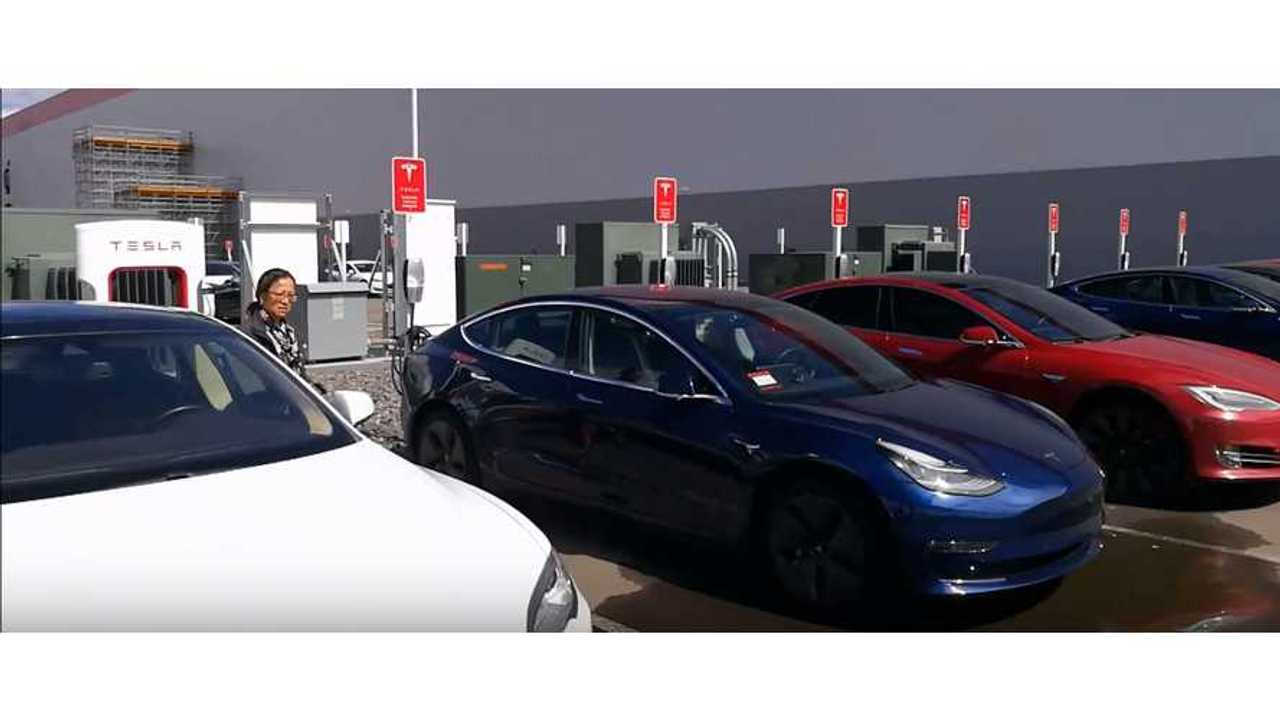 YouTuber posts a detailed video of a Tesla Gigafactory tour, complete with the mammoth project's history and details ... as well as a look some early Model 3 vehicles.

Video poster, Michael Brown, did his homework to assure that he could preface the video with some Gigafactory background material. He was also smart to tell his tour guide that he would appreciate if no confidential information was disclosed.

Check out this Tesla Gigafactory model

This way, Mike could share the video and have no concerns that he would be "letting the  car out of the bag", and probably not have to fear that the video may find its way into the 'Tesla Triangle'.

No joke intended here really, but it's no secret that many Tesla-related videos have been taken down lately almost as fast as they appear online. This is especially true if the Model 3 is involved (since people were posting videos of the car in an unfinished state, prior to any "customer" deliveries).

We give Mike extra credit for trying to assure that the fascinating video would be a "fair share" for the rest of us who may not have had an opportunity to tour the Gigafactory. He also does a nice job with variety and sources a wealth of other information to add detail to the video given the restrictions placed upon him.

Here is my report on my tour of the Tesla Gigafactory in Sparks Nevada on September 22, 2017.