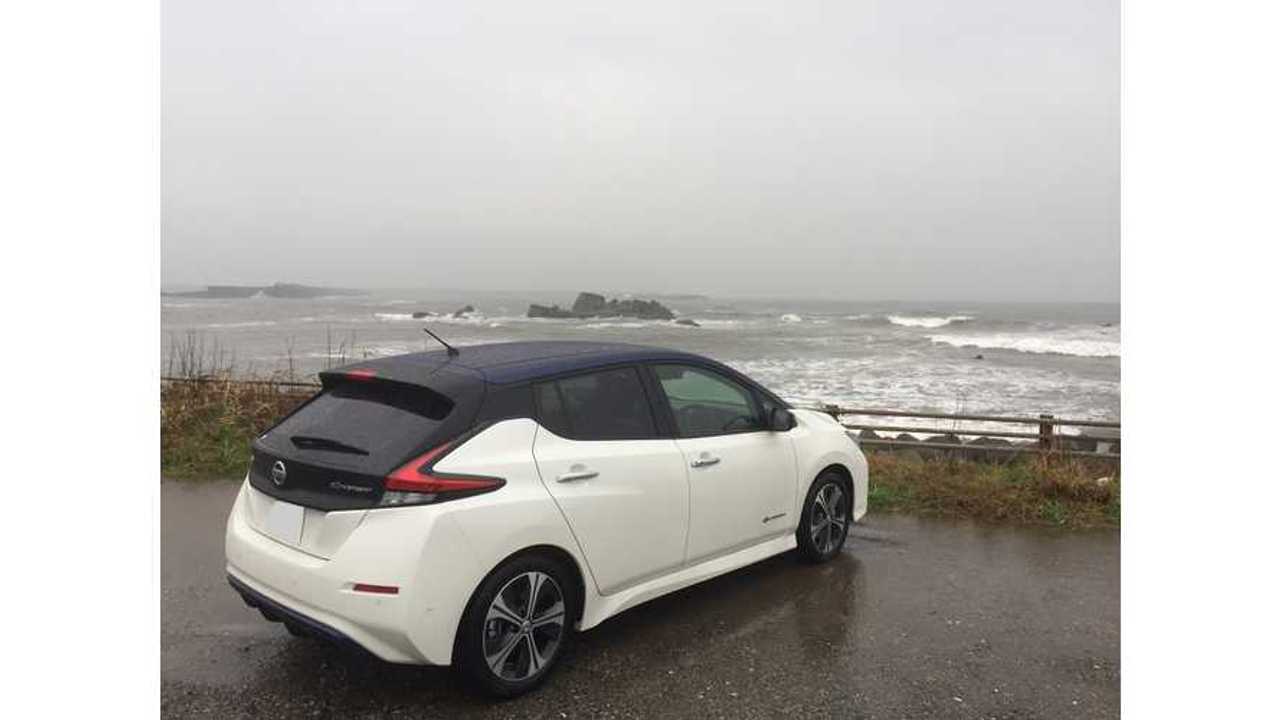 Nissan announced seven markets in Asia and Oceania that have been confirmed to receive the new LEAF. Sales are intended to begin in 2018 fiscal year (in Japan that's between April 2018 and March 31, 2019).

The new markets are:

There are two more markets under consideration: In the future, the new LEAF eventually will be available in more than 60 markets worldwide.

"The new Nissan LEAF is the most advanced, yet accessible 100% electric vehicle on the planet. This ingenuous car will make you feel more confident, more excited, more connected than any other mainstream electric vehicle. The launch in so many markets shows our commitment to playing a leading role in electrification in this dynamic region, and to delivering the future of mobility to the region now."

Its latest report, released in partnership with Frost & Sullivan, shows that one in three (37%) Southeast Asian consumers are open to buying electric car.

The report concludes that with the right incentives, the region can accelerate the adoption of electric and electrified vehicles.

Highlights from the report below:

Across the region, two out of three consumers identified safety standards as the most important factor if purchasing an electric vehicle. Charging convenience was identified as the second-most important. Contrary to common perception, cost was not a deterrent – in fact, customers surveyed were willing to pay more to own an electric vehicle, compared with a comparable conventional car.

However, the study showed that lower costs would prompt more people to consider electric cars. Three in four respondents said they were ready to switch to electric vehicles if taxes were waived. Other incentives that would sway consumers include the installation of charging stations in apartment buildings (70%), priority lanes for electric vehicles (56%) and free parking (53%).

Intention to Buy an EV as the Next Purchase

"Leapfrogging in electrification of mobility requires strong collaboration between public and private parties and a long-term approach tailored to each market's unique situation," Yutaka Sanada, regional senior vice president at Nissan, said at Nissan Futures. "Consumers in Southeast Asia have indicated that governments have a critical role to play in the promotion of electric vehicles."

"Meanwhile, as car manufacturers, we need to do a better job in explaining that EVs are indeed a safe, smart and sustainable option in all weather conditions," Sanada added. "Nissan's electric vehicles undergo extremely rigorous testing in the most severe conditions. We are very proud that our 300,000 Nissan LEAF customers have driven more than 3.9 billion kilometers around the world since 2010, without experiencing any critical incidents with the batteries."

Vivek Vaidya, senior vice president of mobility at Frost & Sullivan, added: "The current uptake rate of electric vehicles isn't a true reflection of underlying demand, which is much stronger. Contrary to popular belief that the high cost of EVs is the impediment, the survey reveals that safety concerns and charging concerns run high on customers' minds. If the industry and government can take away these barriers, the full potential of EVs can be reached."