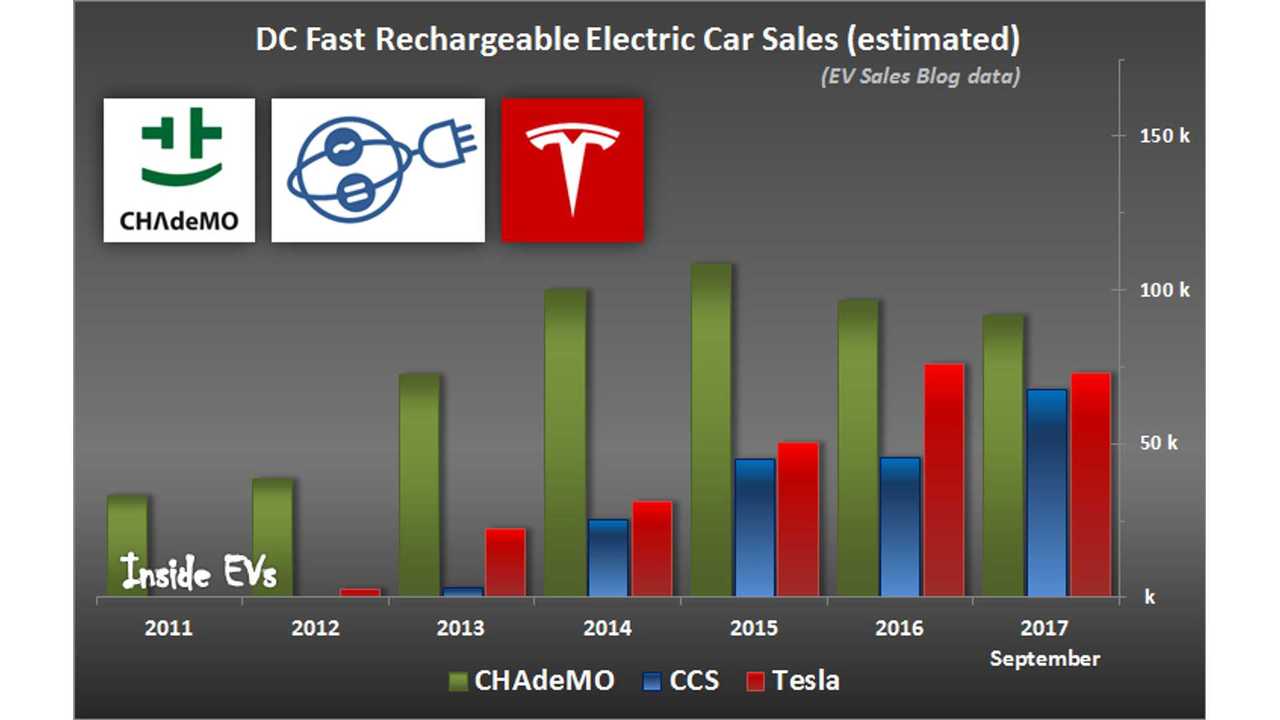 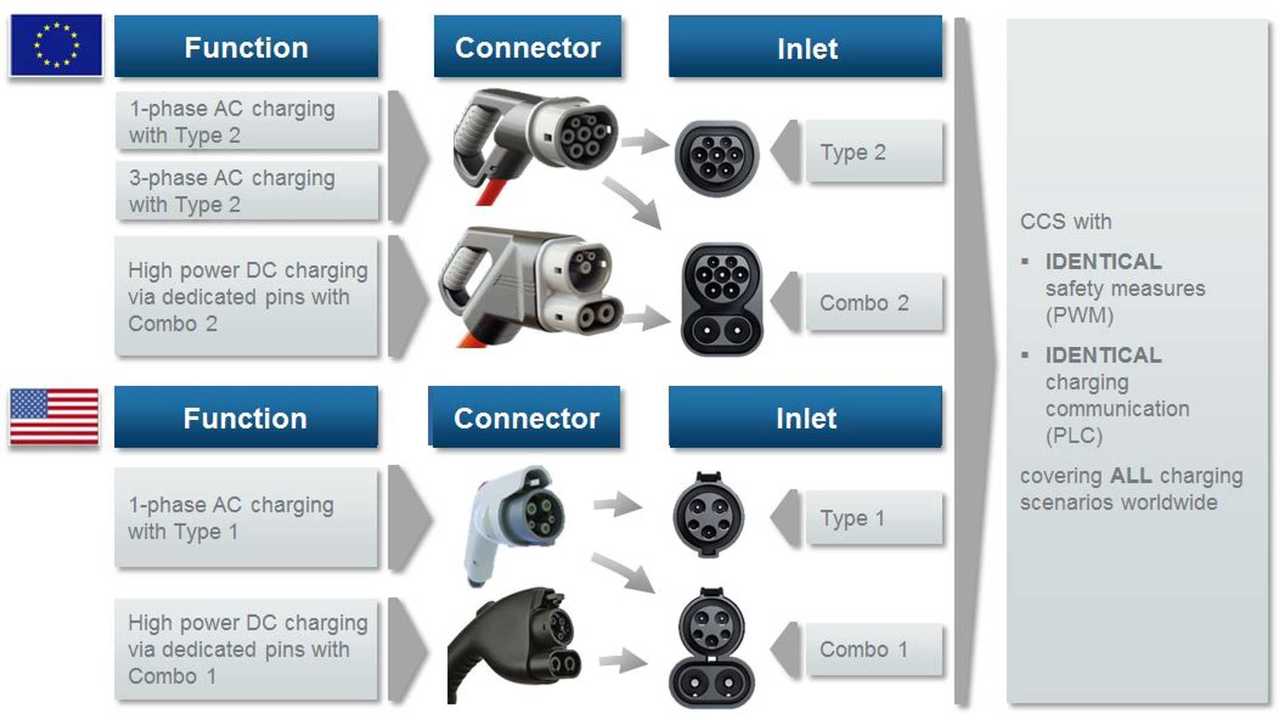 And as it turns out, the gap between the three types has shrunk in 2017. CHAdeMO still notes the highest sales, but Tesla and CCS-equipped cars are approaching fast.

Here we need to explain however that: 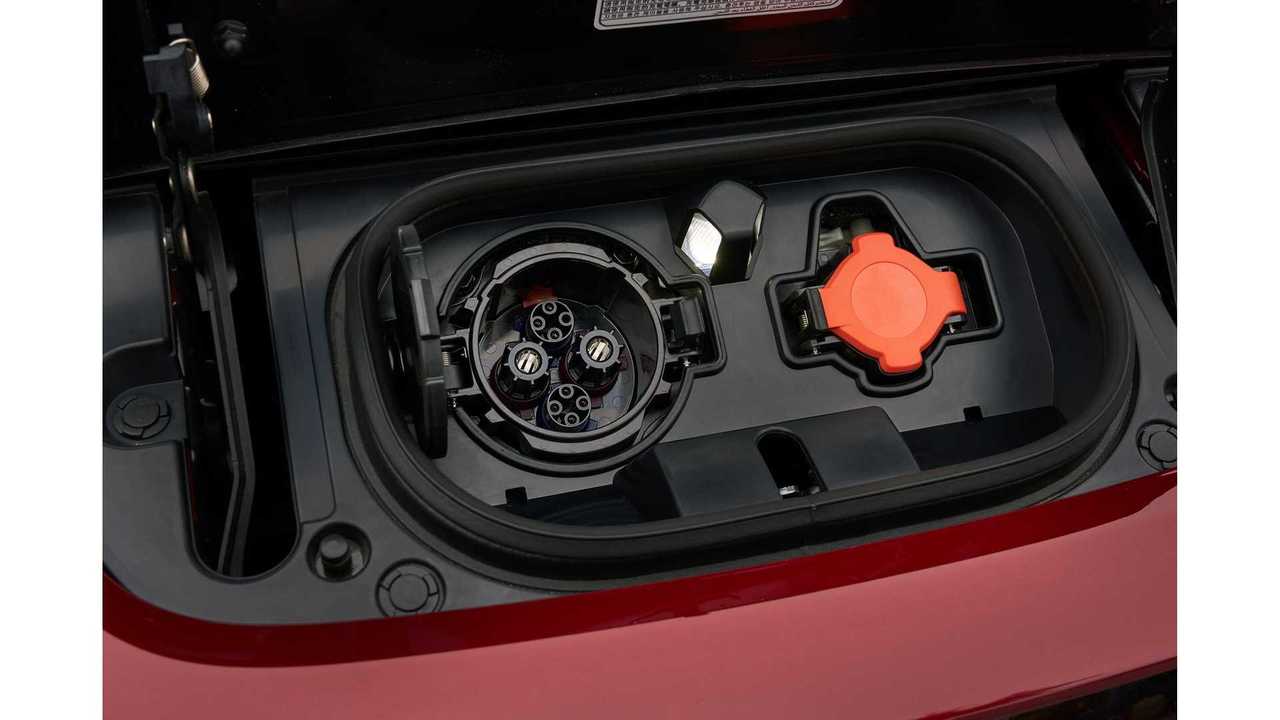 The results over the first nine months of the year:

As the CHAdeMO protocol relies mainly on the Nissan LEAF and the Mitsubishi Outlander PHEV, the CHAdeMO numbers mimic those two offerings sales; meaning that we will likely note a surge in those totals as the new 2018 LEAF arrives globally in January (today in Japan), and also the Outlander PHEV arrives (finally) in the US.

The CCS Combo standard, is 'supported' by the widest group of manufacturers, but so far the CCS numbers are lower than both CHAdeMO and Tesla standards - as none of those OEMs have yet really assisted in the actual build-out of the standard as Tesla and Nissan have; something that will be changing soon in the US (With VW's dieselgate settlement) and in Europe this Fall with a new ~350 kW network (via 4 major OEMs)

Here is a graph showing cumulative result to date: 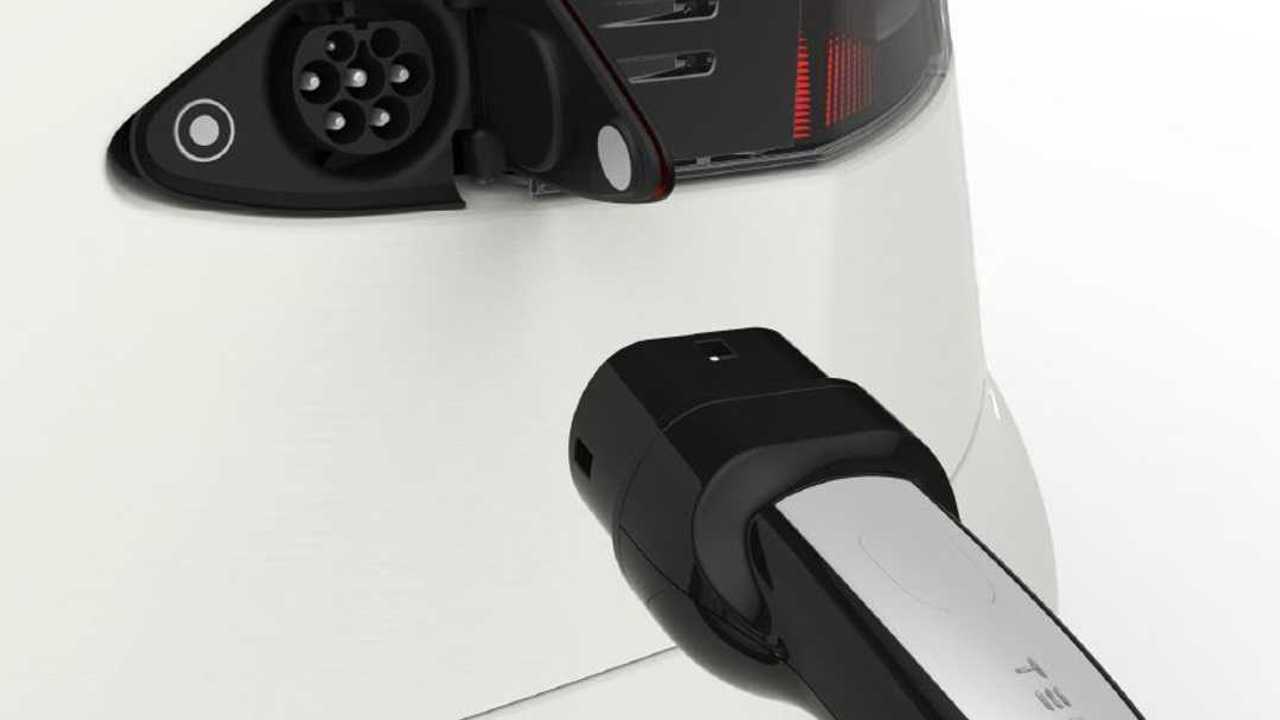