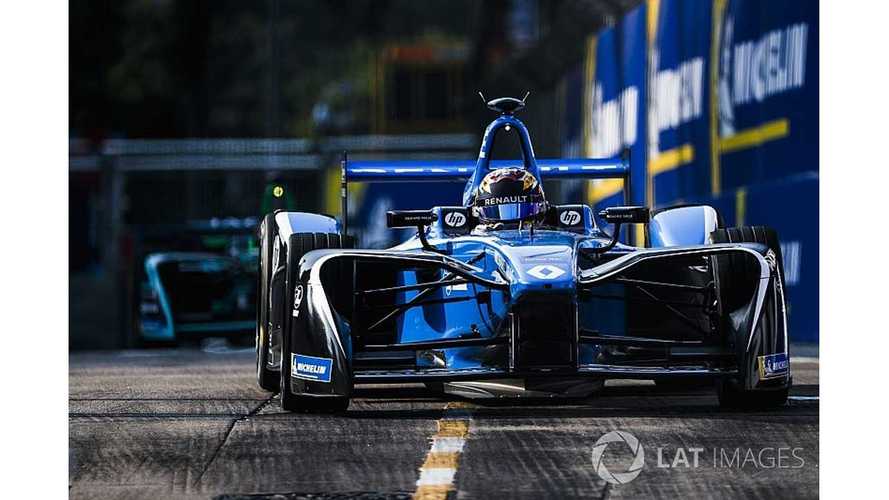 Sebastien Buemi has revealed that a handling problem his Renault e.dams Formula E team thought was solved is holding the championship-winning outfit back.

Buemi qualified second in Santiago last Saturday but slipped to fourth at the start before recovering to third in the second half of the race.

Renault thought it had solved a problem that hampered its race performance in the opening races in Hong Kong after a strong Marrakesh round.

Buemi said the issue reoccurred in Santiago, explaining that “driving the car through the corners we don’t get the tyres to work properly” and “it’s costing lots of laptime and energy”.

“I didn’t have the pace,” he told Motorsport.com. “I had to fight again to keep them behind, it was tough.

“The little accident I had in FP1 when I did my long run didn’t help, so I couldn’t set up the energy management properly, so that was a bit of a disadvantage.

“Even so, I wasn’t as quick in the second stint.

“In the first few laps I was really quick, and the second part of the second stint I had exactly the same problem in Hong Kong, which I thought we had fixed.

“Clearly I lost lots of pace, the first three laps I was really quick, saving lots more energy and we found ourselves back with the same issue we had in Hong Kong.

“We really need to get on top of that because that’s holding us .”

Despite the problem Buemi’s second podium in a row moved him to fourth in the championship.

He is 34 points behind new series leader Jean-Eric Vergne, who headed a one-two finish for Techeetah, Renault’s customer team.

The works e.dams operation has won all three FE teams’ titles but is only fifth in this year’s championship, 45 points behind Techeetah.

“In the circumstances it’s good,” said Buemi. “The pace wasn’t amazing so to go P2 in qualifying and third place is good for the points.

“I’m disappointed to be behind the customer team. They’ve done an amazing job and it’s right to congratulate them. It’s the first one-two in the history of Formula E and they deserve that.

“It shows we need to be pushing to be back in front.”