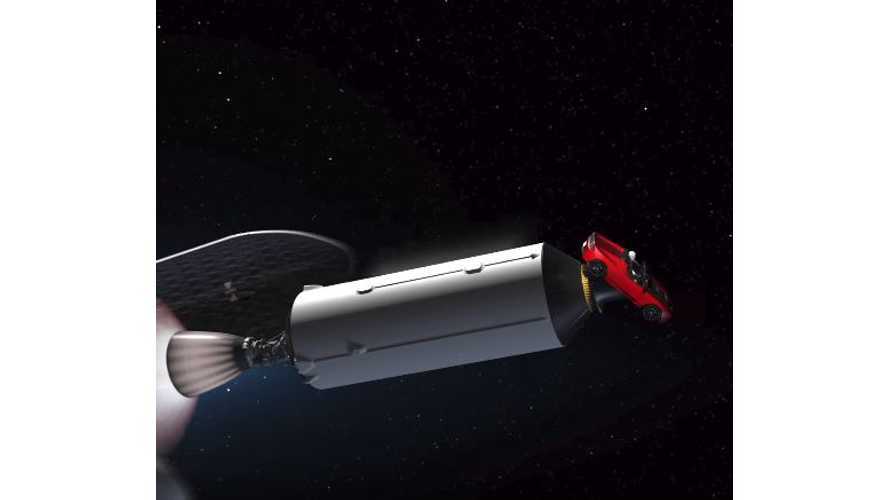 It's been the center piece, at least for us electric car enthusiasts, of this Falcon Heavy launch for awhile now.

We're referring to Musk's own Tesla Roadster aboard Falcon Heavy, ready for its space debut.

According to the video description:

Here's the description in its entirety:

When Falcon Heavy lifts off, it will be the most powerful operational rocket in the world by a factor of two. With the ability to lift into orbit nearly 64 metric tons (141,000 lb)---a mass greater than a 737 jetliner loaded with passengers, crew, luggage and fuel--Falcon Heavy can lift more than twice the payload of the next closest operational vehicle, the Delta IV Heavy, at one-third the cost.

Following liftoff, the two side boosters separate from the center core and return to landing sites for future reuse. The center core, traveling further and faster than the side boosters, also returns for reuse, but lands on a drone ship located in the Atlantic Ocean.

Falcon Heavy was designed from the outset to carry humans into space and restores the possibility of flying missions with crew to the Moon or Mars.