Despite Tesla's Struggles, The Growth Has Been Impressive 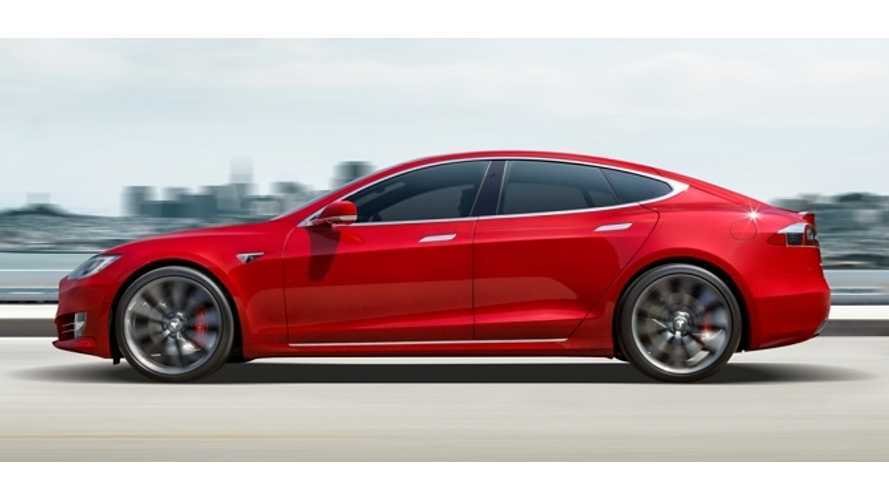 Earlier this month, Tesla had their analyst earnings call and published their shareholder letter to provide an update on the company's outlook. Top of mind, of course, was progress on the Model 3. Not surprisingly, production will experience some delays as bottlenecks continue to be resolved early on. That said, Model S and Model X net orders and deliveries both broke records in the third quarter. And the company noted that Model 3 order reservations to grow. So let's dive into some top-line takeaways.

CEO Elon Musk noted, "We surpassed a quarter of a million cumulative deliveries." He elaborated, "To put that in perspective, five years ago we only delivered 2,500 cars. The Tesla fleet has grown by a factor of 100 in five years. I would expect five years from now to be at least an order of magnitude beyond where we are right now and possibly even two orders of magnitude growth." He concluded by saying, "For the skeptics out there, which one of you would have predicted Tesla would go from 2,500 deliveries to 250,000 now?"

The automaker reported, "We continue to make progress resolving early bottlenecks... and there remain no fundamental problems with our supply chain or any of our production processes." Where is the primary bottleneck? Specifically, it's reported that the "primary production constraint has been in the battery module assembly line at Gigafactory 1." What does this mean in terms of a delay? It appears production rate goals have been pushed back one quarter: "Based on what we know now, we currently expect to achieve a production rate of 5,000 Model 3 vehicles per week by late Q1 2018"

Above: New footage of the Model 3 including a behind-the-scenes look at the production process (Source: Tesla)

Reports have surfaced regarding Tesla building a wholly-owned factory in Shanghai. On the call, Musk emphasized that he was “committed to the Chinese market." What's the timing for a factory in China? Musk noted, "There’s a rough target of starting production in the next three years." And, how big might the China factory be? Musk replied that its production capacity might be: "at least a couple hundred thousand vehicles per year, maybe more" focused on Model 3 and Model Y since “it’s really the only way to make the vehicles affordable for China.”

Tesla noted, "Combined Model S and Model X deliveries in Q3 grew 18% globally compared to Q2 and 4.5% versus the same quarter one year ago...  Model S and Model X gained further market share in the US luxury vehicle market. In addition, our used vehicle sales more than doubled from the prior quarter. Model S and X combined net orders in Q3 also hit an all-time record in our North American, European and Asian markets individually."

The shareholder letter noted, "As we fine tune and standardize the production and installation process, we expect to ramp Solar Roof production considerably in 2018." In addition, due to Hurricane Maria, Tesla is sending, "solar panels, Powerpacks and hundreds of Powerwall energy storage systems to Puerto Rico." However, the most high-profile efforts for Tesla's battery storage have been in Australia, as profiled this week in more detail on 60 Minutes (see below)...

Above: Earlier this week, 60 Minutes in Australia at down with Elon Musk for a fascinating interview to discuss Tesla Energy (Youtube: 60Minutes9)

Tesla continues to grow its footprint worldwide. The shareholder letter noted that in the third quarter, "We opened 18 new store and service locations for a total of 318 locations globally... our mobile service fleet has expanded to 160 service units in Q3, and we are expecting this number to almost double by the end of this year." Charging infrastructure has grown as well: "We added 126 new Supercharger stations in Q3, for a total of more than 1,000 stations and over 7,000 Supercharging connectors worldwide."

In summary, growth continues on all fronts for the company. And, although Model 3 is experiencing early growing pains, maintaining a myopic view can distort the big picture ahead. Looking back, there were growing pains moving from Roadster to Model S, and,  Model S to Model X. However, that doesn't change the fact that in the last five years, Tesla had (remarkably) 100x growth in vehicle deliveries. That said, we're looking forward to the next five years.