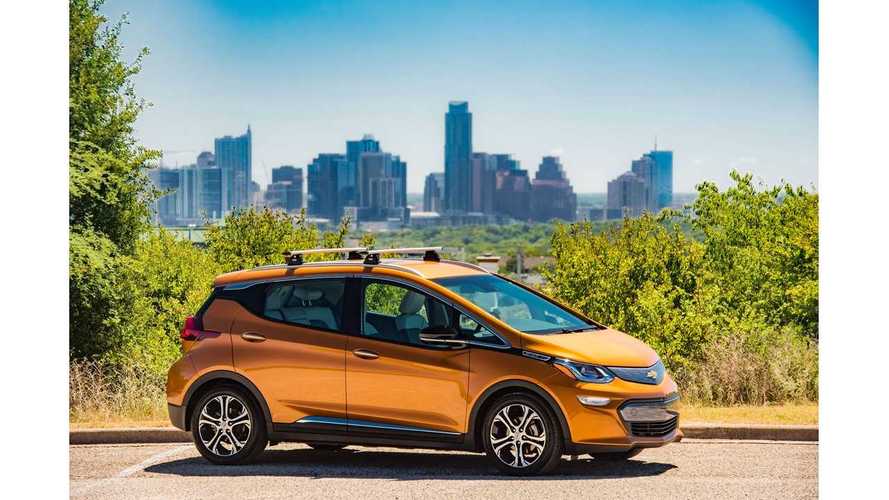 If you build them...they will sell, and the Chevrolet Bolt EV is proof of the fact that electric cars can and will sell!" draggable="false">

If you build them...they will sell, and the Chevrolet Bolt EV is proof of the fact that electric cars can and will sell!

Interestingly, amidst the current administration aiming to do away with the EV tax credit, another skeptical firm moves to support electric cars.

Yes, the Boston Consulting Group (BCG) is now on the growing list of supporters of electric cars. It's a somewhat surprising time to hear of new additions to the EV club, but considering the fact that Tesla is no longer the only automaker banking on EVs, and the fact that several OEMs are in too deep to negotiate a reversal  (most recently Opel this week), it makes sense. In regards to the US House hoping to chop the tax credit for electric cars, that's surely a huge "maybe", as we have already seen the new Senate revision strike that part out.

According to WardsAuto, BCG has been skeptical about electric cars for some time.

However, now the firm has changed its tune to suggest that EVs will see marked growth, with a switch to battery cars taking the advantage by about 2028. This is to say that BCG's report shows electric vehicles reaching a 6 percent global market share by 2025 (6.3 million EVs), followed by 14 percent in 2030 (15.3 million EVs). BCG is also predicting about 900,000 electric cars delivered globally in 2017. The consultancy states further, via Wards:

"Sales of xEVs, including 48V mild hybrids, full hybrids and plug-in hybrids, as well as BEVs, will account for 24% of global light-vehicle volume in 2025 and 48% in 2030, up from 5% today, BCG predicts. That should be good for 25 million and 52 million vehicles, respectively."

These numbers may seem small, but we have to keep in mind that percentages like this are actually monumental, considering that we're at 1ish percent now and people will continue to buy plenty of ICE vehicles in the meantime.

The more telling part, however, is that in 2010 BCG claimed that battery electric vehicles would top out at 1.5 million copies by 2020. Though, lithium-ion battery costs have declined much more than the firm anticipated, and continue to do so. Added to this, battery makers are accelerating their efforts globally. BCG says battery costs will hit ~$70-90 per kilowatt-hour globally in 2030.

EV battery packs are getting cheaper and more energy dense and battery makers are accelerating their efforts.

According to Wards, one of the main reasons the BCG likely changed its stance is due to BEVs overtaking ICE cars in terms of total cost of ownership, sooner rather than later. In fact, BCG expects this transition to occur by its target year of 2028.

While BCG isn't suggesting complete price parity between electric cars and ICE vehicles, the view is that, with all things considered, it will be notably cheaper to own an EV.  Other recent forecasts show that upfront price parity may be achieved around a similar timeline, which projects itself as much more obvious to most consumers.

-48V hybrids will account for 8% of the global market in 2024 and 15% in 2030.Plug-in hybrids make the least sense economically, with the longest payback period among electrified models. Still, the sector will triple its global market penetration from 2% in 2024 to 6% in 2030.

-Full-hybrid market share will nearly double over the 2024-2030 timeframe to 13% worldwide.

-China will be the biggest market for EVs, as its 17% BEV market share projected for 2030 equates to nearly 6 million units annually. But BEV penetrations rates will be higher in the U.S. (20%) and Europe (22%) due to the mobility-fleet sector. Penetration will reach only 12% in Japan, where BCG says the fewer miles traveled annually make full hybrids a more rational purchase for consumers.

-Government incentives and emissions regulations will need to remain in place to continue driving the BEV market through 2025 (a U.S. House bill on tax reform threatens to end the $7,500 credit on EV purchases). “If you do away with the incentives (before then), the market goes away,” Mosquet says. After 2025, costs will decline and consumers will begin to drive demand

-While battery cost will come down, range doesn’t need to go beyond the 200-plus mile (322-km) distance of the Chevrolet Bolt for the 2030 volume targets to be hit, Mosquet says, noting that’s enough daily range to meet the requirements of a metropolitan taxi and most commuters.