Electric Vehicles Are Attracting Attention Due To Tesla's Appeal 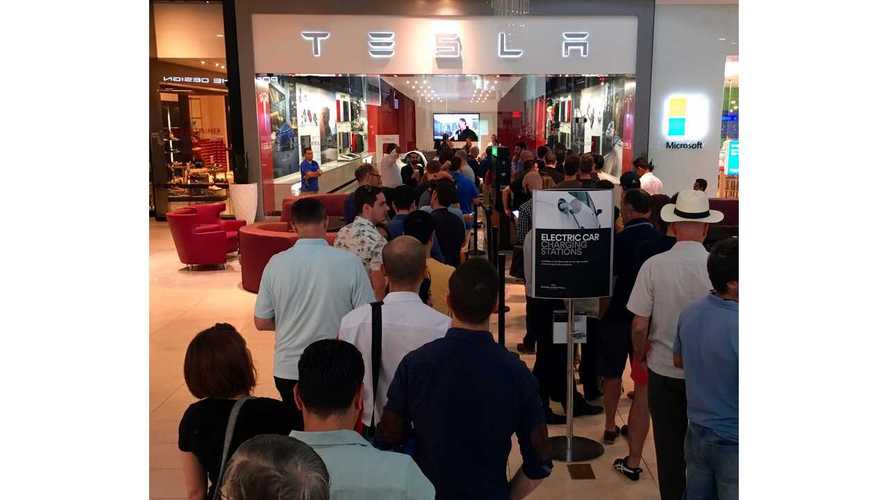 Tesla has ignited a feeding frenzy in the automotive world. If you don't think legacy automakers are concerned about the Silicon Valley automaker, consider this: according to the Wall Street Journal, one enterprising company is "selling data and technical insights to Tesla competitors — for upward of $500,000." Auto Evolution reports that "Tesla Model 3s heading to Germany look like lambs to the slaughterhouse," in an effort to rapidly reverse engineer the sought-after car.

It's no wonder there are ~450,000 pre-orders for the Model 3. Is this the beginning of a sea of change in the auto industry? Christian DeHaemer at Energy & Capital reminds us that, "In 2011, Morgan Stanley put out a 50-page investment note on Tesla with a price target of $70, up from the price at the time of $23.71. Obviously, it was a good call... The basic logic of the note was that in 1900, there were almost no cars in New York City. And 13 years later, there were almost no horses."

As an investment, DeHaemer prefers BYD to Tesla, but acknowledges: "It is true that Tesla’s stock price has done very well over the past five years and now has a market value of $59 billion. You could have made a small fortune by following it." DeHaemer also points to massive growth potential for electric vehicles in India and China, "As these countries walk up the economic food chain, they desperately want clean air... If you’ve ever been to an Asian city like Mumbai or Beijing, you know that the smog is horrible."

Above: The rise of Tesla stock (Image: Energy & Capital)

There are more factors pushing the electric vehicle movement forward, "oil prices are moving higher again. Gas prices are going up at the same time battery prices are dropping." And it's not just a difference at the gas pump. Tesla's sales model contrasts Big Auto's approach. The company sells its cars direct-to-consumer online. And it's physical stores are often located in a fashion mall neighboring an Apple store instead of another big dealership car lot.

Above: The falling price of batteries (Image: Energy & Capital)

And while most car dealerships are populated by salespeople pouncing on customers that walk through the door, Tesla stores are different. There are no commissions, no negotiating, and store staff is focused on educating visitors in lieu of hard-nosed sales tactics. The stores are even teaching customers about solar and home batteries in order to live a 360-degree clean energy lifestyle.

Meanwhile, the Washington Post reports on lines at Tesla stores to see the new, lower-priced Model 3. Speaking with 18-year old Arjun Sharma after viewing the Tesla Model 3, the college student remarked, "This technology is brand new, and my generation is all about technology, and there’s no other car like Tesla. I feel like my entire generation wants one." He added, "I looked at so many pictures, but seeing it in person is just so different, it’s a dream come true.”