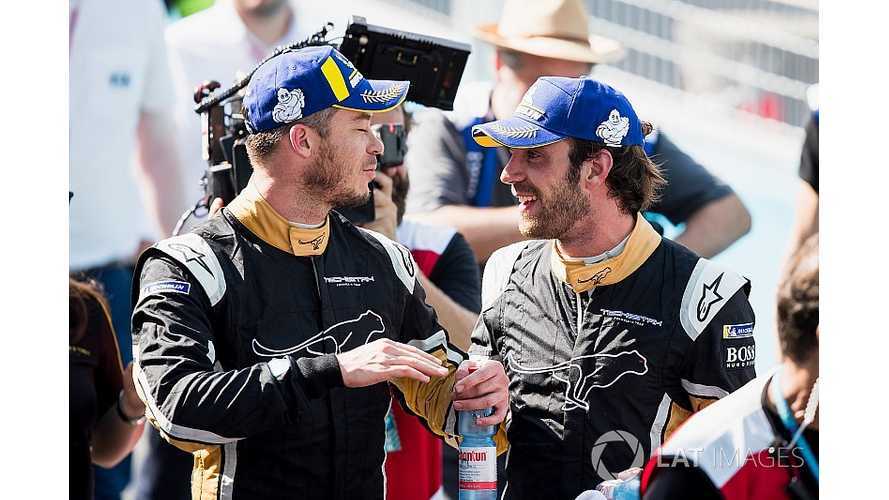 Andre Lotterer has admitted he found himself conflicted while fighting Techeetah Formula E teammate Jean-Eric Vergne for victory in Santiago.

Vergne led from pole and established a three-second lead in the opening stint, but Lotterer gradually closed in and the duo engaged in a fierce wheel-to-wheel fight for the lead.

They almost ended up in the wall after one particularly significant bit of contact when Lotterer locked up in the heavy braking zone for the 90-degree Turn 3 left-handler and rear-ended Vergne.

“I was very surprised,” Lotterer told Motorsport.com when asked about that incident.  “I was quite confident with the speed I had that I should be able to pass him comfortably.

“But he’s my teammate, he’s got quite good points in the championship, it’s a bit mixed feelings: I was like, ‘Aaaargh, I have so much speed’.

“I wanted to understand where I could make a safe move, and was the place for me.

“He defended really aggressively, I couldn’t avoid the collision, there was too much speed difference.  Luckily we could stop the car and make the corner.”

Vergne claimed a problem with his energy management system, which suggested he needed to save one lap more energy than he did, and a lack of radio communication left him vulnerable to attack.

“We didn’t have the same weapons to fight,” he said. “Then I was pushing very hard in the corners, nearly hit the wall twice.

“He tried to attack me on the outside, flat out, and I was thinking there was no way he would finish the race, but actually I was saving one more lap than him.”

Vergne laughed when recounting the moment his teammate almost pushed him into the wall.

“It happened very quickly but I picture that moment and it seemed that it stayed for hours like this,” he said. “Luckily we made it!”

Vergne’s win propelled him to the top of the championship table, while Lotterer’s points helped Techeetah - which survived a post-race investigation scare - pass Mahindra to lead the teams’ fight.

The former LMP1 star had a difficult baptism in the electric series, with an incident-filled Hong Kong debut and then a retirement in Marrakesh.

He put the improvement down to important set-up work by the team in the Marrakesh rookie test, significant simulator work for himself and more experience.

“It is a big deal because it’s not a championship where you can risk so much to build up your confidence, build up your speed,” he said.

“If you make a mistake, you bomb it in the wall. It kind of clicked and I feel that was a big step. I understand a lot more how to race these cars.”