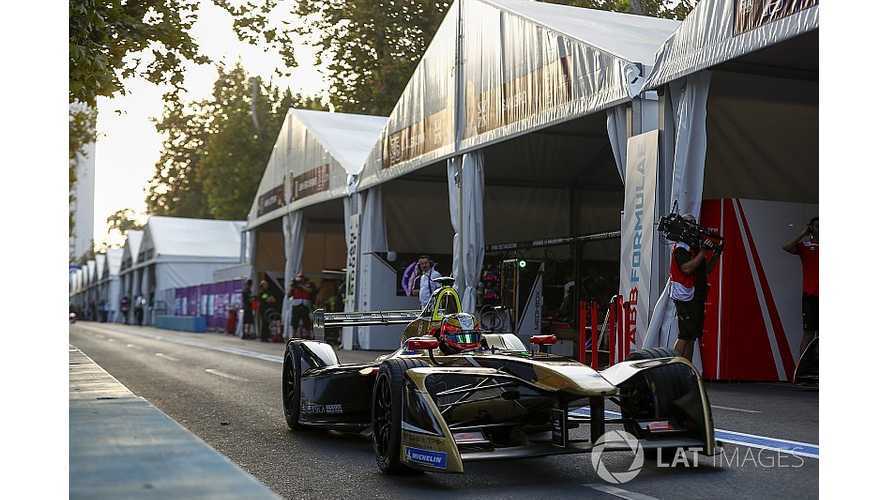 The Techeetah Formula E team has been fined €30,000 for adapting the driver safety harnesses introduced in Santiago, but has retained the first 1-2 finish in the series’ history.

Jean-Eric Vergne survived a frenetic battle with teammate Andre Lotterer to win the race and take the championship lead.

Both Techeetah drivers, along with Dragon’s Jerome d’Ambrosio, were then placed under investigation, which ran until late on Saturday evening local time.

The stewards determined that the teams had made a “modification to the safety harnesses” issued for this race and “did not ask the technical delegate before adding these parts”.

New harnesses were delivered to teams ahead of the first race to be run without a minimum pitstop time for the mid-race car swaps.

This was done to ensure drivers swapped cars and safely secured the belts with ease, as only the top belts have a sensor to confirm they have been sufficiently fastened.

Vergne’s pitstop time was 46.847s, the quickest of anyone, while Lotterer’s was the third-fastest at 48.372s and d’Ambrosio’s an unimpressive two seconds slower.

One theory is that the teams added a makeshift handle to the lower strap that made it quicker for the mechanics to tighten safely.

Techeetah team principal Mark Preston said the FIA’s wording that "additions" to seat belts are tolerated in some categories suggested there was a “grey area” over what can and cannot be altered.

“We have two LMP1 drivers who are very experienced in the world of fast pitstops,” he told Motorsport.com. “Everyone has to agree what’s allowed and what’s not.

“It’s not a modification for safety it’s a matter to make sure you can do the belts up quickly – it’s for practicality, let’s say.

“It was a hard one for everybody in the discussions.”

According to the stewards, the FIA’s technical and safety departments will clarify “what, if any, modifications are permissible in respect of the safety harnesses” before the next race in Mexico on March 3.

As the race result stands, Vergne retains his five-point lead over Felix Rosenqvist in the drivers’ championship and Techeetah keeps a slender two-point advantage over Mahindra in the teams’ contest.