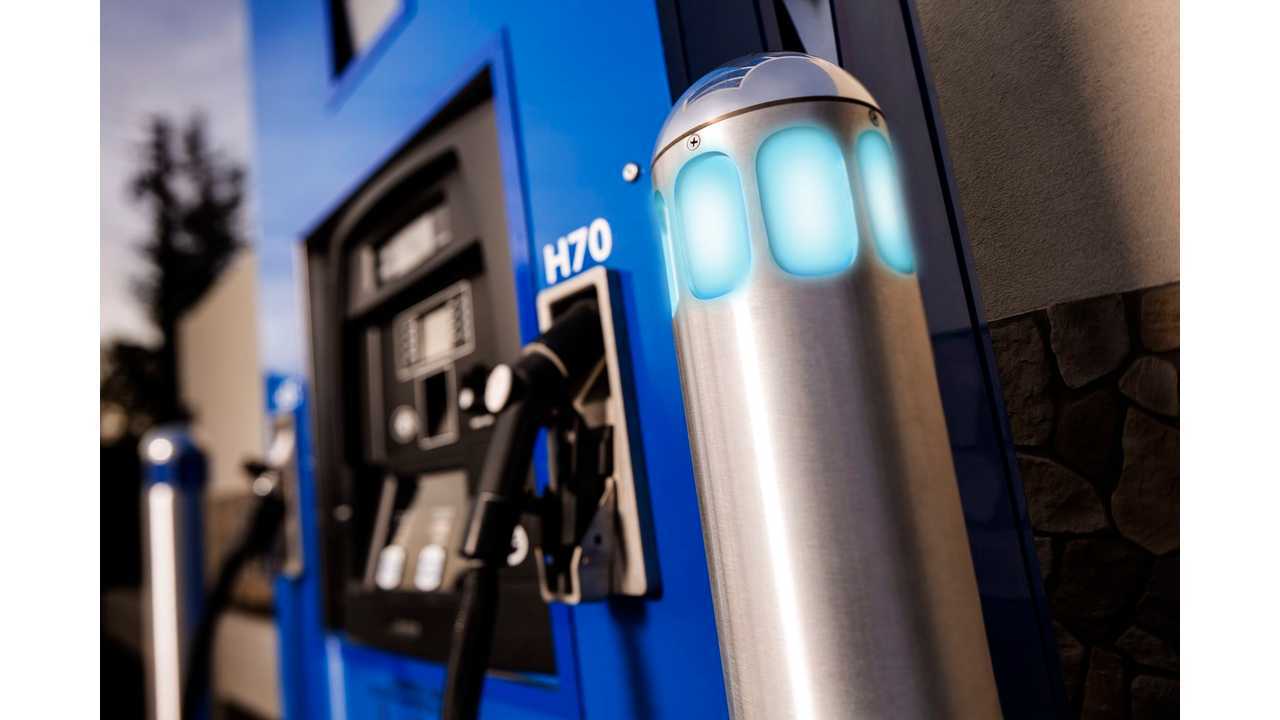 If you ever wondered whether hydrogen cars are a threat to plug-in electric ones, we can put you at ease by stating that FCVs have barely taken off so far.

As of January 25, 2018 there was only 39 publicly available hydrogen stations in the U.S. and only 31 of them were retail (the other 8 non-retail stations involve special permissions from the original equipment manufacturers to fuel along with pre-authorization from the station provider).

Related - There Are 6,500 Hydrogen Fuel Cell Cars Worldwide (Half In California)

Most of the stations are located in one state - 35 are in California (two in South Carolina and two in the Northeast).

34 new hydrogen stations are planned - 29 in California and 5 in the Northeast).

As you can see on the graph, some of those stations are pretty busy, while other not. The usage is also quickly rising - first half of 2017 was 70% higher than all of 2016.

"For the retail stations that are open to all FCEV customers with a point-of-sale system, the National Fuel Cell Technology Evaluation Center (NFCTEC) at the National Renewable Energy Laboratory reports a total of 276,535 kg hydrogen dispensed through the 2nd quarter of 2017. The graph shows increasing amounts of hydrogen dispensed each quarter as more FCEVs hit the market and that most existing retail stations opened in 2016."

For its part, hydrogen fuel cell vehicle proponent and manufacturer Toyota just released video of an FCEV refueling. Though the experience is somewhat different from the US retail operation, we've added it below for added context.