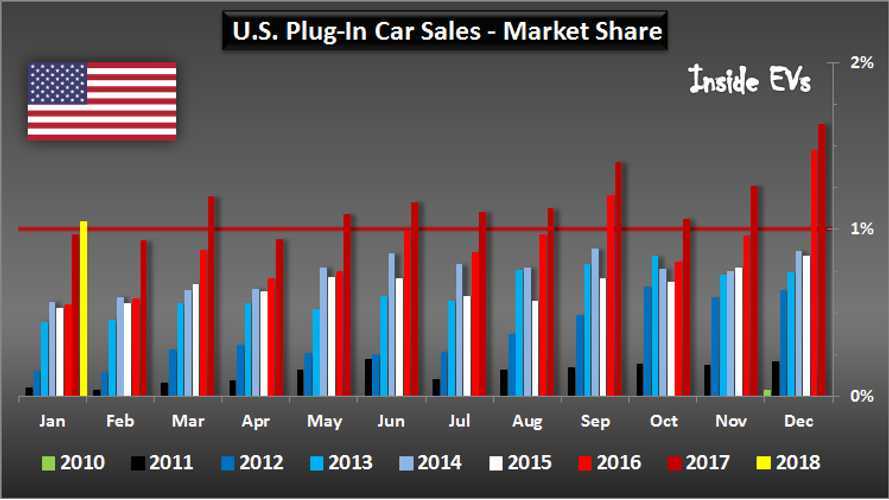 The first month of 2018, a usual January cool down, didn't bring us much of growth, but with +10% year-over-year it's a solid starting point.

In total, roughly 12,116 plug-in cars were delivered (some models are estimated) at market share exceeding 1%.

The top selling plug-in electric car in January was the Tesla Model 3, although we don't yet know exactly how many were delivered. 1,875 is an estimation.

Tesla was the biggest manufacturer of plug-ins for the month - 3,375, including estimated Model S and Model X sales results.

The second best in January was Toyota Prius Prime, which at 1,496 increased nearly 10% year-over-year.

A surprising result was noted by the Chevrolet Bolt EV, which improved its previous year number by just 1% to 1,177.