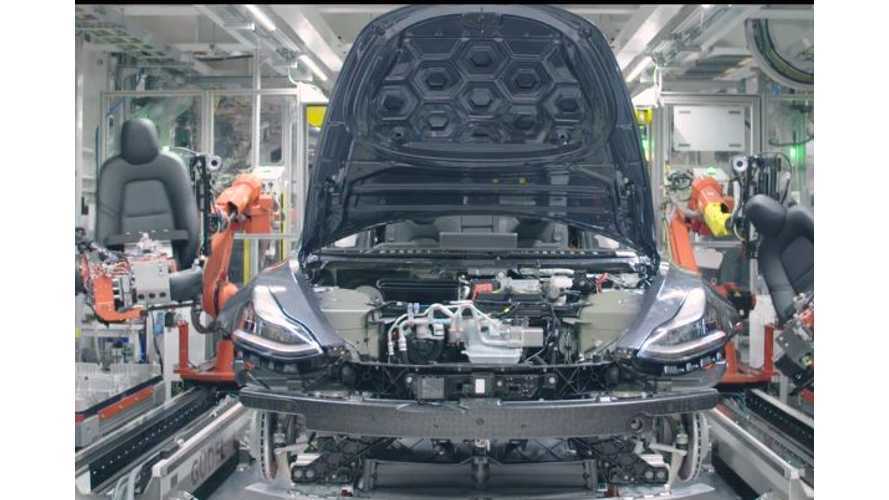 The installation of the dash as mostly a single unit really is something worth watching.

What you'll see in the video is fully automated install of the Model 3 seats, dash and sunroof glass.

The dash install, as an entire unit, is what really caught our attention.

The amount of automation in the production of the Tesla Model 3 does seem to be above industry norm, but Tesla is struggling mightily to get production levels up.

Indeed, the big new from last evening's report and call was that production targets for the Model 3 were being pushed back some three months, which isn't good news at all for reservation holders. However, it seems Tesla has worked out most of the early production kinks now, so hopefully the ramp up gets underway soon.