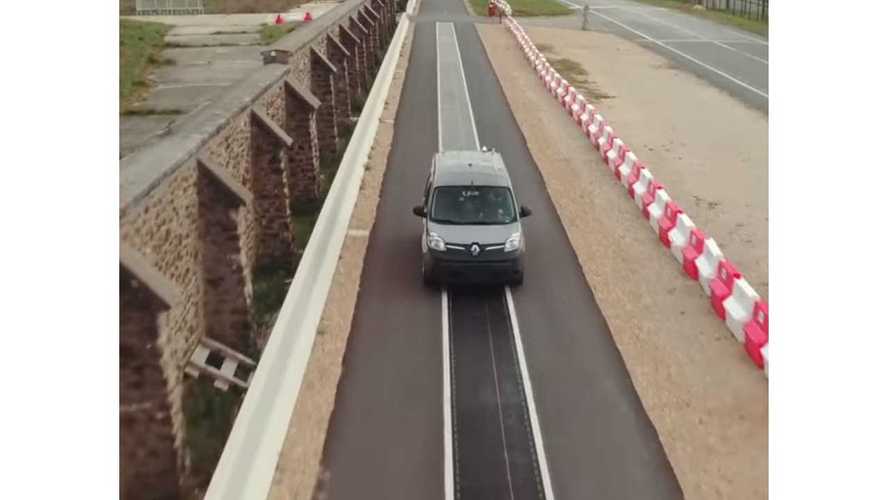 Earlier this year, a group of companies in France (including Qualcomm and Renault) built a 100 m test track, and also an EV prototype for wireless dynamic charging.

According to the Eric Feunteun (Head of Renault's Electric Vehicles), this particular project is a viable proof-of-concept.

The real challenges starts from there, as dynamic charging need to be feasible in the real world, and the industry would need to figure out how to best align the cars (naturally, autonomous driving would be handy here).

"In a military garrison just outside Paris there is a 100 meter long strip of roadway that has been fitted with induction plates created by Qualcomm. Driving over the plates at up to 110 kph, two Renault Kangoo vans picked up a 20 kW charge. It can be done, it does work, but I suppose the big question is will it ever be installed along hundreds of kilometers of highway."