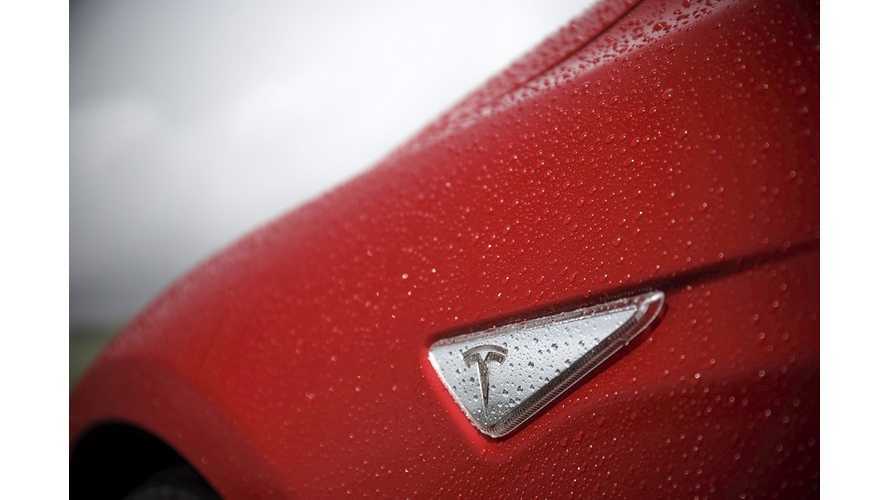 The highlight from this earnings report is one we all saw coming. The Tesla Model 3 production schedule is being pushed back.

As we listen in on Tesla's Q3 conference call for further information to be posted in the coming hours, below we've decided to highlight a few main points from the earnings report, as well as attaching it in its entirety.

Here are some key points (via Yahoo):

In regards to the Model S and X, Tesla stated it will produce 10% fewer in an effort to put more resources into Model 3 production.

As for the Model 3, Tesla openly admitted to being some 3 months behind in hitting a production rate of 5,000 units per week.  Tesla said to expect that level to now happen in late Q1 2018.

Editor's Note:  We'd like to take a moment to say (and self-congratulate) that we forecast both that Tesla production targets for the Model 3 had apparently been moved back a full quarter AND that current EV production would be scaled back to assist with the Model 3 during our monthly US sales recap.

While we continue to make significant progress each week in fixing Model 3 bottlenecks, the nature of manufacturing challenges during a ramp such as this makes it difficult to predict exactly how long it will take for all bottlenecks to be cleared or when new ones will appear. Based on what we know now, we currently expect to achieve a production rate of 5,000 Model 3 vehicles per week by late Q1 2018, recognizing that our production growth rate is like a stepped exponential, so there can be large forward jumps from one week to the next. We will provide an update when we announce Q4 production and delivery numbers in the first few days of January.

As the 10,000 per week production goal, that has been put into a limbo of sorts:

"With respect to the timing for producing 10,000 units per week, it has always been our intention to implement that capacity addition after we have achieved a 5,000 per week run rate. That will enable us to make the next generation of automation even better while making our capex spend significantly more efficient.

Demand for Model 3 is not going to be a constraint for quite a long time. The global net reservations for Model 3 continued to grow significantly in Q3. In Q3, we delivered 25,915 Model S and Model X vehicles and 222 Model 3 vehicles, for a total of 26,137 deliveries."

As for why the missed targets, Tesla clearly outlined the issues:

"To date, our primary production constraint has been in the battery module assembly line at Gigafactory 1, where cells are packaged into modules. Four modules are packaged into an aluminum case to form a Model 3 battery pack. The combined complexity of module design and its automated manufacturing process has taken this line longer to ramp than expected.

The biggest challenge is that the first two zones of a four zone process, key elements of which were done by manufacturing systems suppliers, had to be taken over and significantly redesigned by Tesla. We have redirected our best engineering talent to fine-tune the automated processes and related robotic programming, and we are confident that throughput will increase substantially in upcoming weeks and ultimately be capable of production rates significantly greater than the original specification."