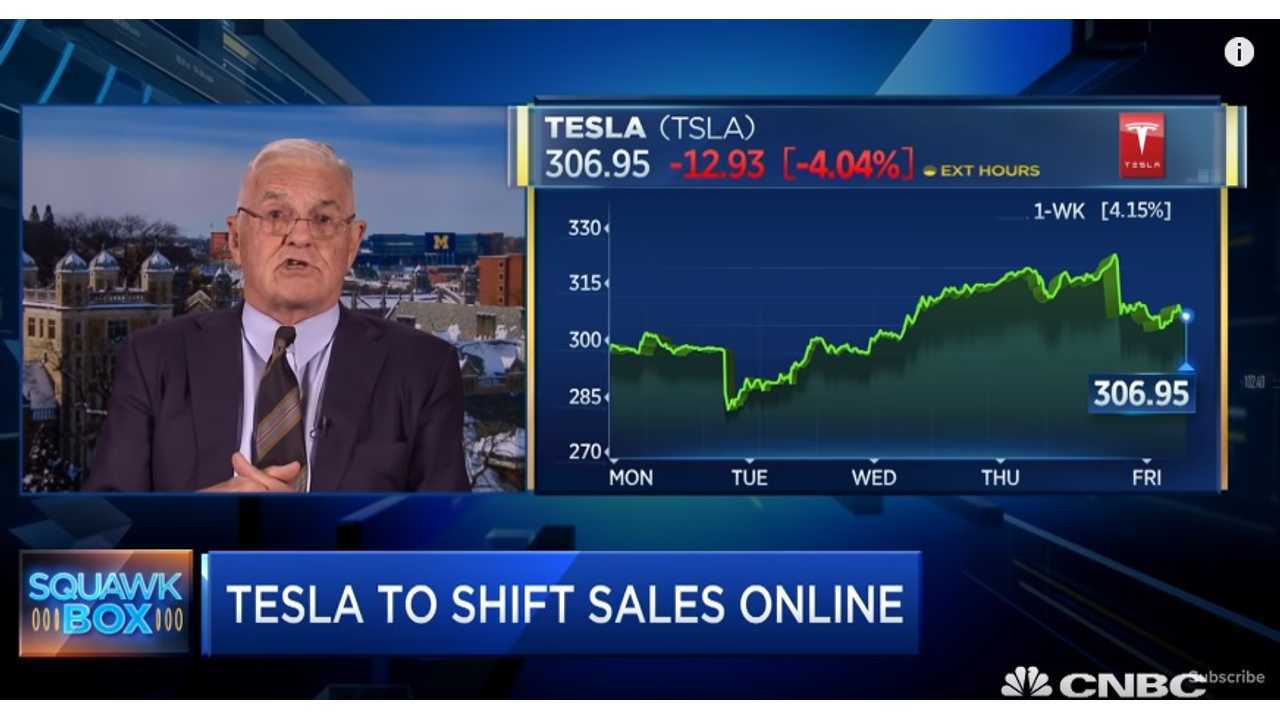 BEHIND THE BLUSTER: BOB LUTZ VS. ELON MUSK

In this corner, the father of the Chevrolet Volt, an auto industry veteran who has held senior positions at Chrysler, Ford and BMW, an unlikely advocate for EVs - a cigar-chomping ex-Marine who has called climate change “a crock.” Bob Lutz!

In the other corner, the mastermind of PayPal, SolarCity and SpaceX, the archetypal Silicon Valley entrepreneur, who wants to electrify transportation and save Planet Earth - and if that doesn’t work, he’ll take us to Mars to start over. Elon Musk!

Back in the day, Bob Lutz was a champion of Tesla and Musk, citing the Roadster as a major inspiration for the Volt, and saying that he would “always owe them a debt of gratitude for having kind of broken the ice.” After Lutz left GM, he founded Via Motors, which set out to build plug-in hybrid vans and pickup trucks for commercial fleets, but has had a difficult time finding its market. The 85-year-old Lutz has written extensively about the auto industry. For whatever reason, he has evolved into a harsh critic of EVs, and especially Tesla. In 2016, he compared Musk to the leader of a religious cult. (Musk responded on Twitter, saying, “Dear cult members, I love you.”)

Lutz launched his latest salvo against the California upstarts at a forum sponsored by a provider of insurance for collectible cars, suggesting that collectors buy a Model S now, before Tesla goes belly-up. He had nothing but praise for the car itself: “A Model S, especially with the performance upgrades, is one of the fastest, best handling, best braking sedans that you could buy in the world today,” he said. “The acceleration times will beat any $350,000 European exotic.”

However, Lutz said Elon Musk “hasn’t figured out the revenues have to be greater than costs...when you are perennially running out of cash you are just not running a good automobile company. I don’t see anything on the horizon that’s going to fix that, so those of you who are interested in collector cars, may I suggest buying a Tesla Model S while they’re still available.”

Above: Bob Lutz starts to discuss Tesla and Elon Musk at the 1:06:19 mark in the video (Youtube: Hagerty via InsideEVs)

“Twenty-five years from now, will be remembered as the first really good-looking, fast electric car,” Lutz told the LA Times. “People will say ‘Too bad they went‎ broke.’”

This time, Musk does not appear to have responded publicly to Lutz’s zinger, but naturally a number of his disciples have come to his defense. Enrique Dans, writing in Forbes, notes his admiration for Lutz’s writings on the auto industry, but believes that “he has missed something enormously important. In fact, possibly the most important difference between the old and the new economy: fundamentally, timeframes.”

Lutz (along with legions of stock-market analysts) sees Tesla’s ongoing losses as a sign of the company’s inevitable failure. However, according to Dans, “Seeing the bottom line as the be-all and end-all of management is problematic...The principle that revenue must exceed costs is Management 101. The tricky bit is how you define the timeframe in which that has to happen.”

As anyone following the Tesla story knows by now, the company’s stock market valuation has no apparent connection to the number of vehicles it’s producing. Tesla’s market cap, currently around $59 billion, exceeds that of Ford, and rivals those of GM and Honda (which, interestingly, was once the subject of the same sort of criticism now levelled at Tesla). Stock-market pundits tend to see this lofty valuation as madness, proof of the irrationality of Elon Musk’s mindless minions. However, Enrique Dans finds the reason in fundamental differences in the companies’ missions, and the timeframes in which they expect to fulfill them.

If you parse the pedantic “mission statements” on the legacy automakers’ web sites, you’ll find that they basically amount to: “We want to sell cars.” Tesla’s mission statement is very different: “To accelerate the advent of sustainable transport by bringing compelling mass market electric cars to market as soon as possible.”

Tesla doesn’t just want to sell cars, it wants to change the world. This massive difference of ambition is reflected in the longer timeframe that Tesla envisions.

“In the economy Bob Lutz and other traditional car industry players understand, the goal and the metrics were clear: the quarterly results,” Dans writes. “If they were below what the analysts expected, bad; if they were higher, good. End of story. But the rules have changed...For today’s companies, profits are not the goal, they’re the cherry on the cake. Because the idea is, in the long term, to move toward an infinitely more ambitious goal, one that entails a whole new level of change. Companies that have grasped this can spend many years, even decades, without making a profit, as long as they are able to create a narrative that shows they are on the right track toward the defined goal.”

Tesla’s long road to ultimate triumph is not unprecedented - it’s a path that’s been trodden by other tech companies that set out to transform an industry. “For how many years did Amazon continue turning in negative quarterly results while its share price rose steadily?” asks Dans. “Did Jeff Bezos...supply his investors with drugs to maintain their confidence? Yes, he did, actually: a powerful substance called growth and clarity in the use of funds obtained. Amazon’s mission was never to sell stuff, but to change the world.”

Amazon is not the only example. In this age of instant communication, in which whole industries can be radically transformed, or even disappear, “reporting a profit each quarter has never been less important.”

“If Lutz is right, if the grand plans for a new economy that will change the world are bullshit, Tesla will go bust,” Dans concedes. “But if Tesla’s plans and strategy make sense, it may well spend a long time in the red, but it will end up as the auto industry’s benchmark.”

Change is taking place ever faster, and humans’ attention spans are growing ever shorter, so it may seem counter-intuitive that the timeline for corporate success should grow longer. However, even in the fast-paced internet era, changing the world, or even one industry, can’t be done in the space of one quarter. Tesla’s mission is a risky one, but so far investors are willing to accept that risk.

Bob Lutz and Elon Musk look at the world in two different ways, and they have very different visions of the future. Which one will prove prophetic? We shall see.