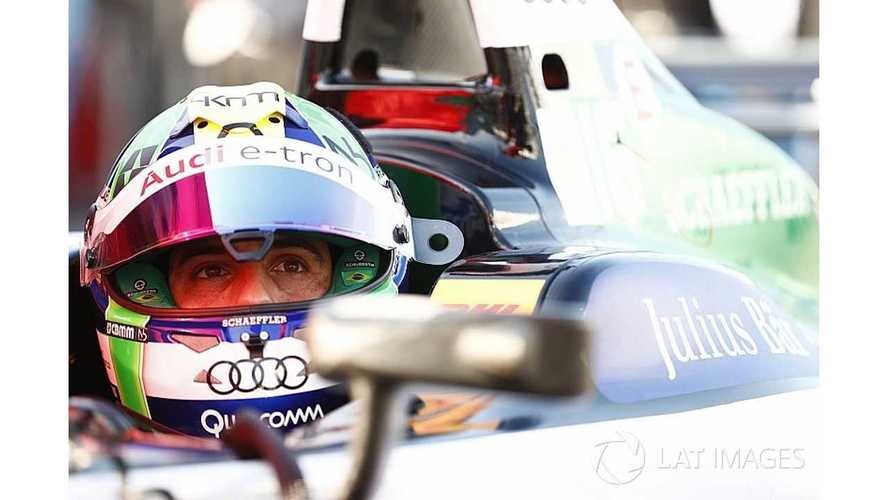 Formula E champion Lucas di Grassi will take a 10-place grid penalty for this weekend's Santiago round, continuing his tough start to the 2017/18 season.

The Audi Sport Abt driver has failed to score a point so far after a mixture of reliability problems across the three races in Hong Kong and Marrakesh.

Di Grassi stopped after just seven laps while in the lead group in Marrakesh, and Audi has now opted to change the inverter on one of his cars as a result of its post-race analysis.

That means an automatic 10-place grid penalty for Saturday's race in Chile because Audi used its one penalty-free change of the inverter after a problem in qualifying in Marrakesh.

"We got to the bottom of the issues we had in Marrakesh," said team principal Allan McNish. "We reproduced the problem on our test bench but the component is sealed by the FIA and so we were not in a position to fix it without incurring a penalty."

Di Grassi's early season woes have left him 54 points behind championship leader Felix Rosenqvist, who has won two of the three races so far.

His teammate Daniel Abt has also suffered troubles in Audi's first season as a fully-fledged FE entry – he was stripped of his win in Hong Kong because of an administrative error.