EV Sales Gain In October For US, As Chevy Bolt EV Is The Top Seller! 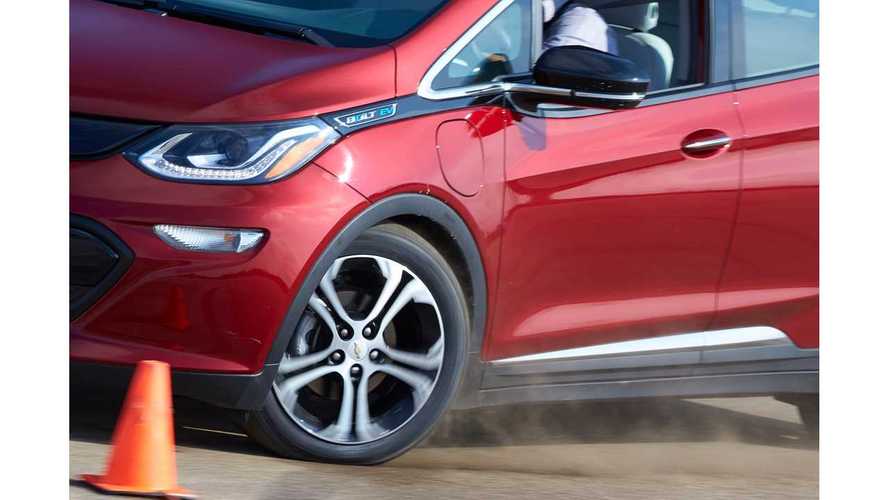 The Chevrolet Bolt EV found itself alone in 1st place (by a wide margin) for plug-in sales in the US, outpacing the next closest rival (the Toyota Prius Prime) by over 1,000 units

Plug-in electric vehicle sales (once again) rose in the US in October, extending the current run of consecutive month gains to 25.

And while Tesla didn't factor into the results so much (as is typically the case at the start of each fresh quarter), the Chevrolet Bolt EV did.

Inside the numbers, the Chevrolet Bolt EV continued its trend of posting stronger and stronger sales each month - running its streak to 8 consecutive months in October,  thanks to a deepening of inventory in the more fringe US states, as it makes its nationwide release.

In so doing, the Bolt set a new personal record of 2,781 deliveries during the month, making it the best selling EV in America for the 2nd time this year (July - 1,971).  The result also moved it ahead of both the Tesla Model X and Chevrolet Volt into the #2 spot on the year's overall top selling list (see chart below).

Still, the results could have been much, much better had Nissan managed the LEAF's inventory situation more carefully.  While the new 2018 LEAF launched in Japan in October, Nissan's Smyrna (TN) and Sunderland (UK) plants were not prepared to start delivering the refreshed/150 mile EVs into the US and Europe (instead kicking off in January).   As a consequence, the original flavor LEAF ran out of inventory in late October.  With no new stock to replace it, just ~200 sales were logged in October...and it is only going to get worse to end out the year.

Had the new 2018 LEAF arrived this month (complete with its cheaper entry price and 40% more range), the US gains could have easily been ~30% higher this month (up to about 60% overall).

And while we still expect big gains in the US plug-in segment in November and December, the loss of the Nissan LEAF, and Tesla's admission during its Q3 earnings report on November 1st that its Model 3 production targets for 2017 are a complete wash-out, those EVs will bring the numbers way down from original expectations.

With that said, if you are an optimist, the arrival of the 'better-in-every-way' LEAF in January, and also the Model 3 in a statistically relevant sales volume, should kick of 2018 with a bang.

2017 Monthly Sales Chart For The Major Plug-In Automakers – *Estimated Tesla Sales Numbers – Reconciled on Quarterly Totals, ** FCA/Hyundai-Kia Do Not Report Sales Directly, Estimate Based on State/Rebate Data (Thanks to HybridCars for assist on Kia data), Honda Clarity estimated for Aug/Sept

Other Statistical Points of Interest from October 2017

Did you buy one of the first ~33 Volvo S90 T8 plug-ins in the US? If not, you probably aren't really sure what it looks like...so here you go!