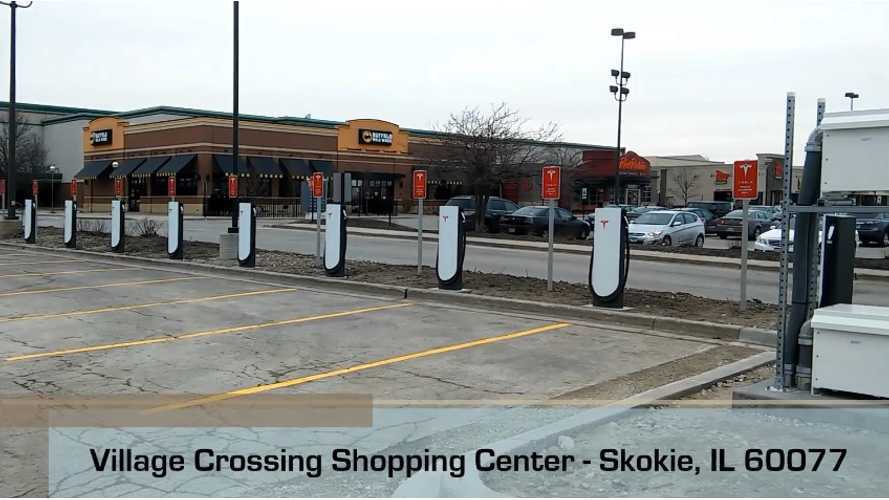 We first saw the so-called Urban Superchargers five months ago, Tesla noted that each one could provide up to 72 kW of dedicated DC charging power (regardless of whether someone is charging in the next spot or not).

Tesla officially lists those station son the map at 72 kW (example Boston, MA - Allstate Road and Boylston Street, Boston), but in the case of Skokie, the power rating is 120 kW, like that of the regular highway Superchargers.

Whether it's small bug or if Tesla's Urban Superchargers will be installed in higher power versions of 120 kW we're not sure.