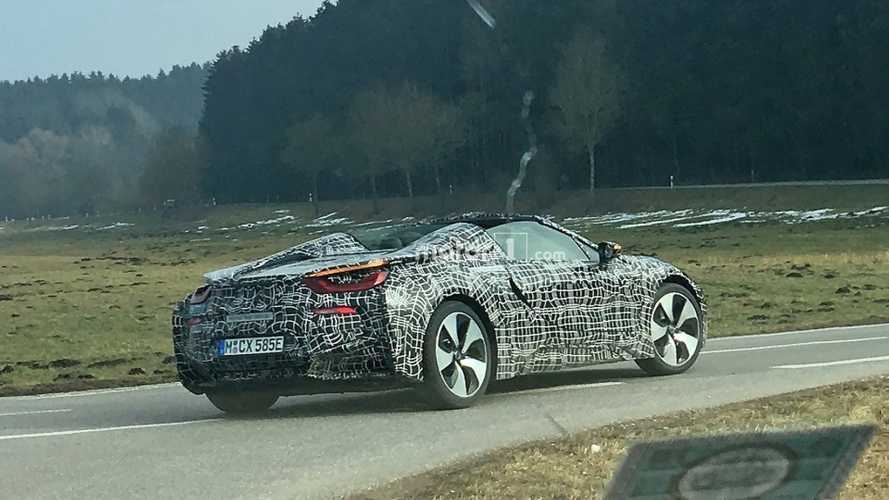 It seems to be official now, the BMW i8 Roadster will debut at next month's LA Auto Show, which begins on December 1, 2017.

The LA Auto Show is open to the public December 1-10, however, the BMW i8 Roadster will make its premiere at a private/press event on November 29 (and yes, we will be there). A debut in Frankfort was anticipated, and a fleet of i8 Roadsters was out testing just prior to the show, but the car didn't appear at IAA.

As we've previously reported, the new i8 Roadster is based on the i8 Spyder Concept and is set to go on sale in 2018. It's described as an "open-top super hybrid", and it's a plug-in, of course. It will be the only convertible plug-in available, aside from the smart ED cabriolet.

Not only is it a plug-in hybrid, but it will also command a longer driving range than its coupe counterpart. It will have double the battery capacity of the current i8 Coupe and more power. The current i8 sits at an EPA-estimated 14.2 miles of range per charge.

"The Roadster will be introduced with a new color – Electric Copper – and will feature a soft top which folds into the rear seats. The soft top can be opened in 14 seconds at a speed up to 60 km/h.

The i8 Roadster will receive a revised chassis tuning and an increase in power to around 400 hp, while larger updates are also expected for the infotainment system iDrive as well as a modernized range of assistance systems."

The publication believes that additional details will be revealed in the coming weeks.