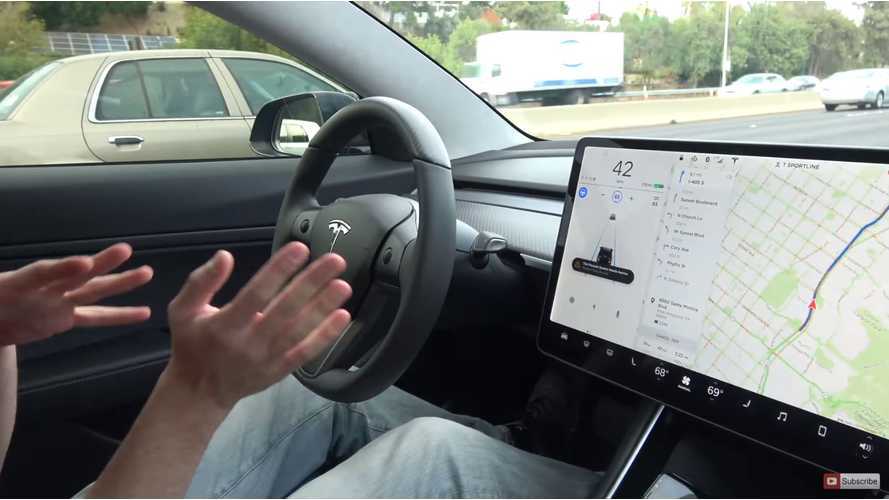 While Tesla didn't log any autonomous test miles in California last year, Waymo, GM/Cruise, and others logged many.

Waymo (formerly the Google self-driving car project) recorded a substantial 352,545 miles, to top all other companies. However, the company's 2016 total was much higher, at 635,868. This doesn't mean that Waymo is dialing back its testing, but instead is now doing more in Arizona, with its fleet of Chrysler Pacific Hybrids.

The only other company to accumulate large numbers for testing in California was General Motors' Cruise Automation. As we've regularly reported, the automaker is regularly testing autonomous Chevy Bolts in and around San Francisco. For 2017, GM logged 131,676 miles, which was up just a touch from its 121,900 miles in 2016. The automaker plans to launch of a fleet of fully autonomous Bolts -- without steering wheels or pedal -- on public roads by 2019.

According to The Verge, several other companies, including Drive.ai, Nissan, Zoox, Bosch, Baidu, and Aptiv recorded a handful of miles as well. But Tesla -- the automaker that most people associate with self-driving technology -- didn't do any testing on California roads. This is not a huge surprise since Tesla only logged a few hundred miles in 2016.

Tesla is surely testing its vehicles, as well as continually updating its current Autopilot system, via over-the-air software updates. The automaker also runs new technology in "shadow mode" in its entire global fleet, to log billions of miles worth of data. The company also says it's testing on private property, closed tracks, and public roads outside of California. According to Electrek, Tesla reported:

“Tesla conducts testing to develop autonomous vehicles via simulation, in laboratories, on test tracks, and on public roads in various locations around the world. Additionally, because Tesla is the only participant in the program that has a fleet of hundreds of thousands of customer-owned vehicles that test autonomous technology in “shadow-mode” during their normal operation (these are not autonomous vehicles nor have they been driven in autonomous mode as defined by California law), Tesla is able to use billions of miles of real-world driving data to develop its autonomous technology.”

Tesla was one of the first automakers to receive a permit from the California DMV to test fully autonomous cars on public roads. Most of the miles that the automaker accumulated in 2016 were likely associated with its Full Self-Driving announcement and subsequent test videos, which were shared with the public via social media and the company's website.

Now, people can pay to add the feature to new Tesla vehicles, however, it's not currently functional and may not be for some time. Waiting to add the feature after the fact will cost owners more money. All new cars come with the hardware already installed, but the software is still being tested and improved, and federal regulations will also have an impact on the technology's timeline.

In the meantime, Tesla continues to update its second-generation Autopilot system, which reportedly still has a long way to go, and develop the necessary software for fully autonomous driving.