DHL Wants Its 3,000 Electric StreetScooters In Germany To Be Autonomous - Video 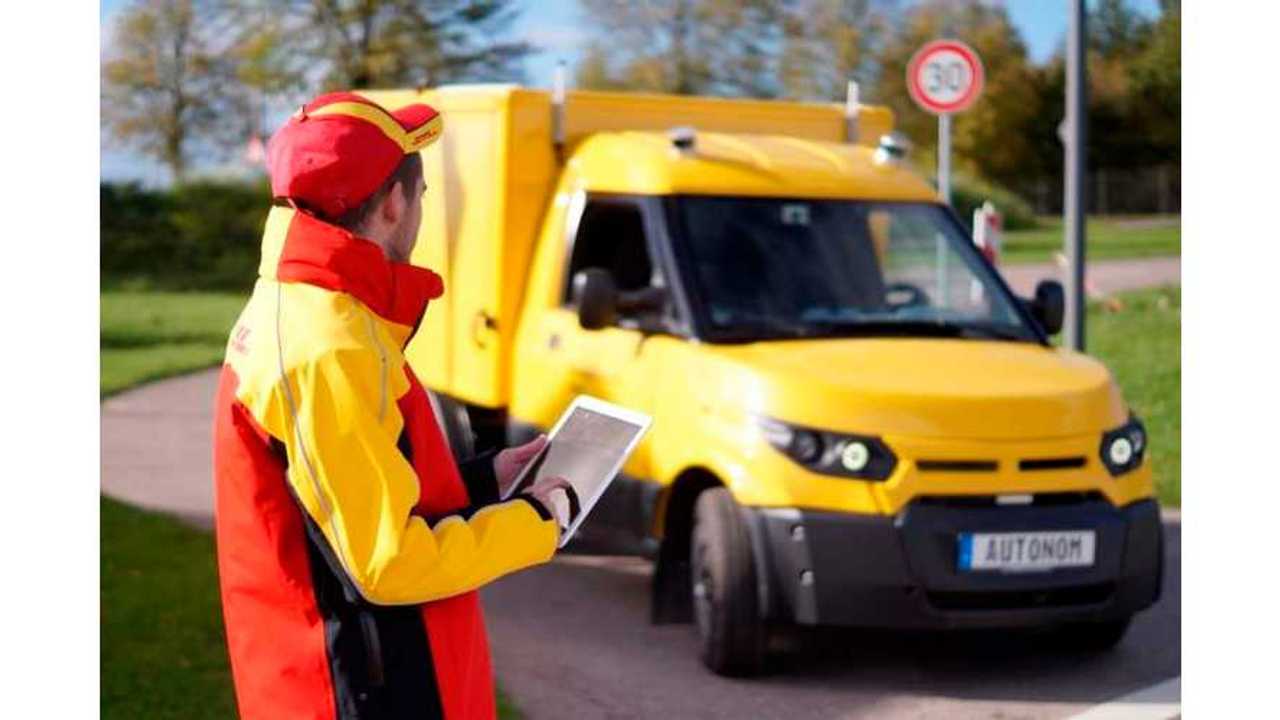 Deutsche Post DHL already makes its own EVs, and some 3,400 StreetScooter electric delivery vehicles are already in service - now it wants to take things even a step higher, by making them autonomous.

Beside the StreetScooter (available in short and extended version), Deutsche Post DHL has invested heavily into:

The autonomous driving would be handy for local postmen (postpersons?), as the vehicle could follow them along the street while they are doing their routes.

This is the first application to roll out - "Follow Me" (assisted delivery); not to mention that driving slowly is very suitable for both electric drive an autonomous vehicles.

"DPDHL will outfit electric light trucks with the ZF ProAI self-driving system, based on NVIDIA DRIVE™ PX technology, for automating package transportation and delivery, including the "last mile" of deliveries. Taking packages from a central point to their final destinations is considered the most complex and costliest aspect of courier and e-commerce deliveries.

DPDHL currently has a fleet of 3,400 StreetScooter electric delivery vehicles, which can be equipped with ZF's multiple sensors, including cameras, lidar and radar, that feed into the ZF ProAI system. This can enable the vehicle to use AI to understand its environment, plan a safe path forward, proceed along a selected route and park itself -- ensuring deliveries can be made with greater accuracy and safety, and at lower cost."

As a point of interest, it was no less than six years ago when Deutsche Post DHL hoped that such an all-electric/automated vehicles could be supplied by Volkswagen, which unveiled the eT! concept, but later it turned out that even "dumb" BEVs would need to be produced in-house rather than waiting on the German manufacturer.