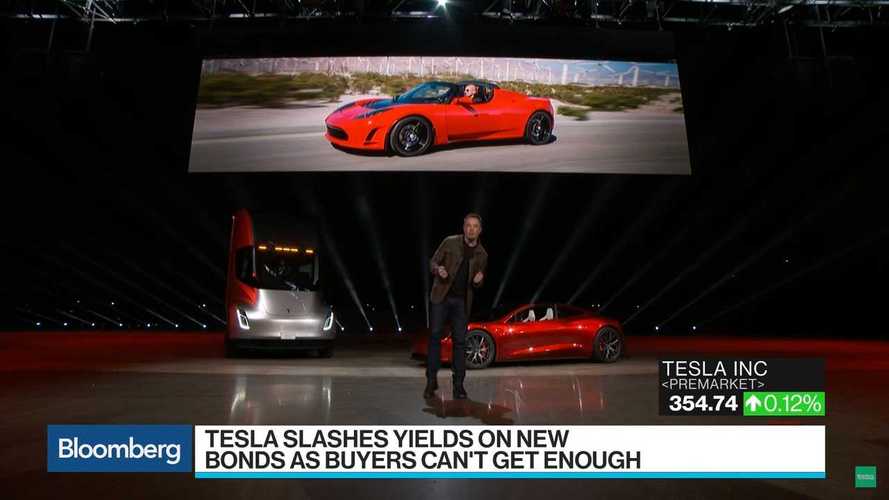 While the gimmicky item may bring in $10 million in revenue to The Boring Company, traditional investors are burning down the house when it comes to asset backed securities (ABS) from Musk-run Tesla.

With 2018 set to be a cash-burning doozy for the energy/automaking outfit, and estimates of up to $4.2 billion being blown (by which we mean invested towards growth) in that time frame being prognosticated by the likes of analyst Brian Johnson from Barclays Plc,  Tesla's auto ABS business is booming, recently raising $546 million.

Basically, the bonds are backed by leases on Model S and Model X vehicles. Investors were lured in by advertised returns of "2.9 percent over benchmarks on lower-rated portions of the debt," though Musk's charisma and reputation for introducing well-received product is noted as a positive factor as well.

It's not the first time Tesla has turned to the bond market for funds. Originally expected to raise $1.5 billion, the offering actually raised $1.8 billion, overachieving by $300 million. Now, with this latest offering looking pretty positive, it's not surprising that, according to reporting from Bloomberg, the company plans "to become a regular issuer of auto ABS."