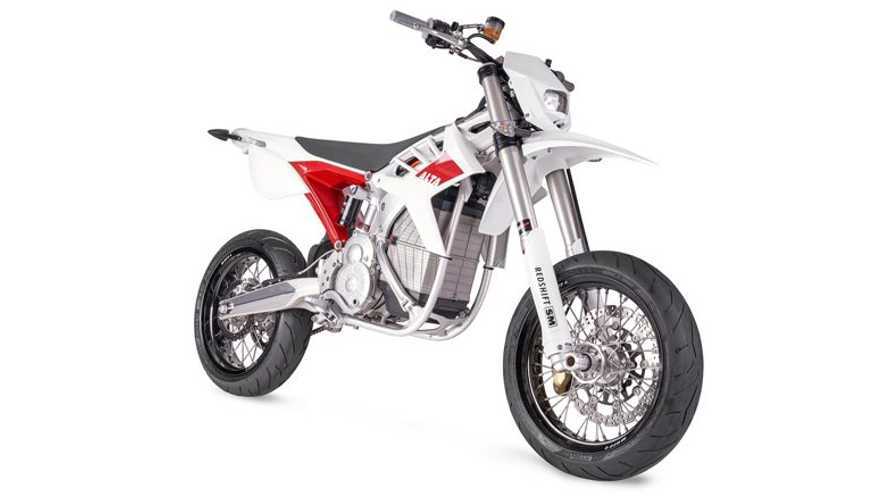 If what the rumors say are true, there might be a new Alta electric bike coming down the pipe real soon.

So, you guys all know Alta, right? The mighty little bike company out of California that makes those sweet electric motocross and enduro machines? Of course you do. We've talked about their Redshift bikes before here, and have been following them since their BRD days. So, why am I bringing them up? Well, I ain't one to talk, and you ain't heard this from me, but word around the campfire is that Alta might have a new, more powerful Redshift on the way. For real? For really real? Well... maybe.

Here's what we know.

Actually, take that back. What we know is that the current Redshift line has been on the market for a while now, and anything that's been on the market for, say, a day or two may as well be literally a dinosaur in the fast-changing world of electric bike development. Alta's current electric motor, which is used by all three of their current models, puts down around 42 horsepower and 120 foot-pounds of torque – roughly equivalent to a 250cc gas-powered bike. Power lasts for up to four hours (or 40 miles depending on what model it is and what style of riding you're doing), and the powerpack recharges in a couple hours. That's good, but in The Year of our Lord 2018, is it good enough?

Competition in the electric bike market has definitely been heating up lately what with fancy new bikes from Zero and Energica putting down respectable power for longer stretches of time. It stands to reason then that Alta, which is small, sharp, and fast-moving like an F-104, plans to release an upgraded Redshift sometime this year. How do we know? We don't, call this an educated guess.

If we do hear anything – and friends, we hear a lot of stuff – we'll let you know ASAP.