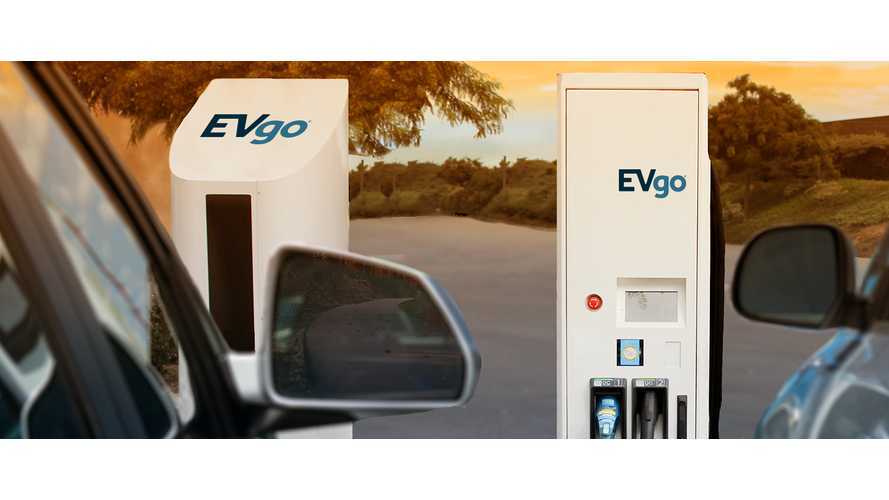 EVgo noted significant growth of its charging business in 2017, delivering 13 million kWh of energy in 2017, or 83% more than one year ago.

The network currently consists of more than 1,000 DC fast chargers. Usage grew much quicker than plug-in electric car sales, partially because new models have bigger batteries. Other reasons are deals with fleets and ridesharing programs.

One thing that EVgo still lacks is highway charging stations, as the company is mainly focused on metro areas.

Here is the current offer of two plans - Flex and On-The-Go:

"On top of reaching record numbers across the board, EVgo has completed several key projects in 2017 including the DRIVEtheARC corridor in Northern California (connecting the Monterey Peninsula, Bay Area, Sacramento, and Lake Tahoe regions) allowing EV drivers to easily travel from surf to ski emissions-free on one convenient charging route. DRIVEtheARC is the result of a collaborative effort between the New Energy and Industrial Technology Development Organization (NEDO), Japan’s largest public energy R&D management organization, and the State of California’s Governor’s Office of Business and Economic Development, Nissan Motor Co., Nissan North America, Kanematsu and EVgo.

EVgo also released its own app for iOS and Android platforms designed to facilitate convenient fast charging, allowing users to find their closest station and initiate a charge session from their device, all with the swipe of a finger. In addition, EVgo moved its headquarters to Los Angeles and increased its staff significantly, as the company continues to grow and expand its network, with a continued focus on customer service."

“2017 was an extremely successful year for EVgo, and not only did we add the 1,000th charger to our network, but we also delivered more fast charging power to EV drivers than ever before, with a resulting impact of 1.6 million gallons of gasoline saved. We are extremely pleased to see such rapid growth not only of our network, but also of EV sales across the board, and we are proud to be at the center of this rapid change toward a more electrified world.”