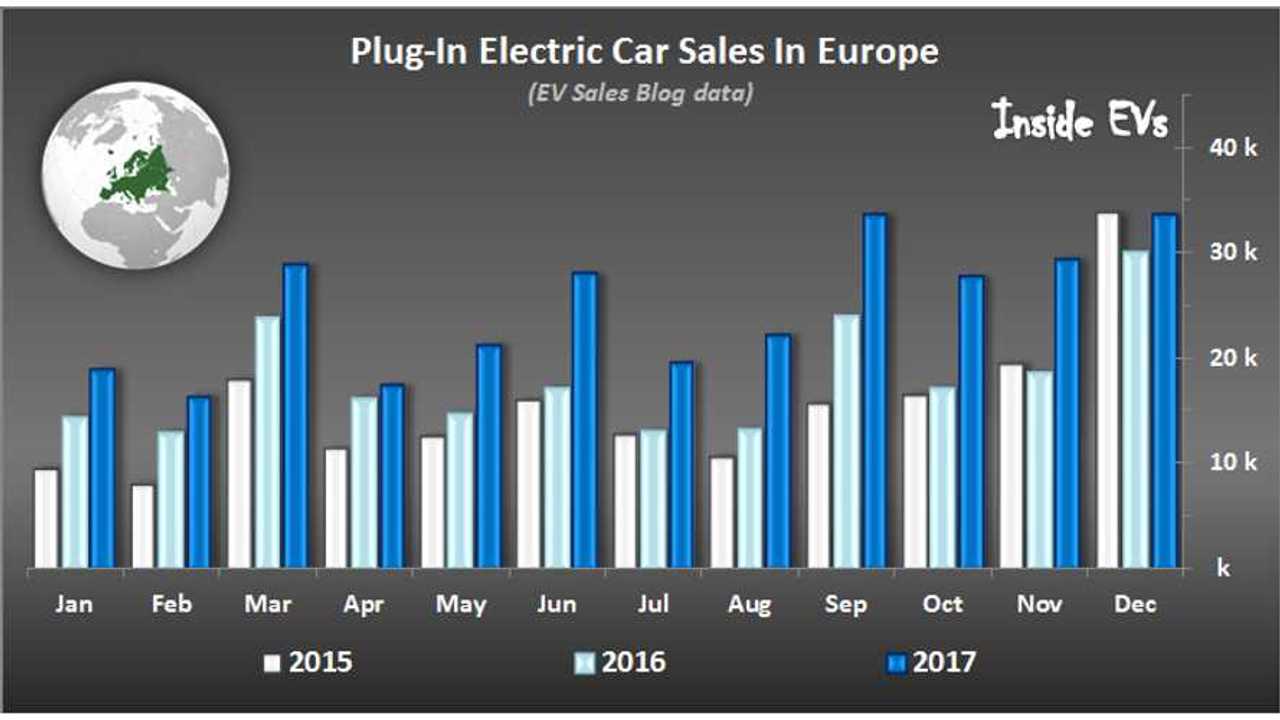 Europe completed the full year of 2017 with plug-in electric car sales growth (year-over-year), although December failed to beat the 2015 rush for cars before incentives disappeared in some countries.

For the full year - 306,143 plug-ins sold is a new record (up 38%) at average 2% market share. Sales divides nearly fifty/fifty between BEVs and PHEVs.

The best selling model in Eurupe for the month and for the year was:

The biggest plug-in car manufacturers was Comparison of plug-in electric car sales in the U.S. and Europe: