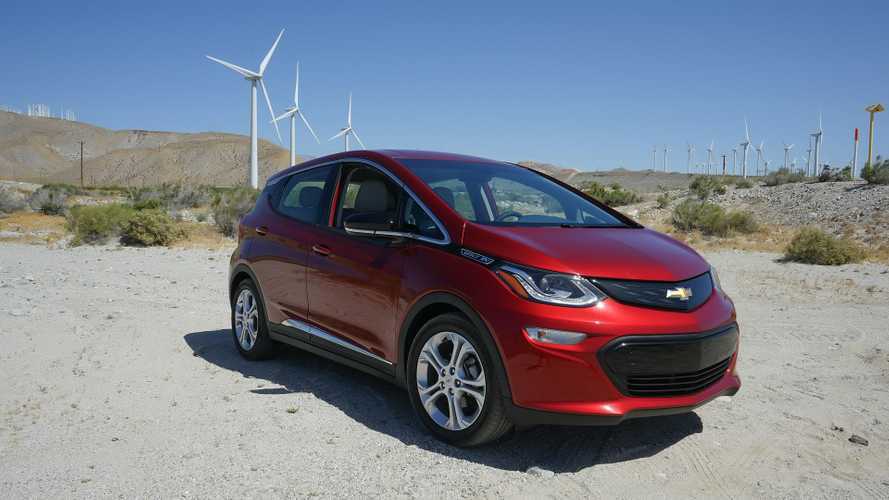 If you build them...they will sell.

About 2/3rds of all vehicles not named Tesla are acquired via a lease, and of those remaining vehicles that are purchased almost half are done so in the 4th quarter - thanks to the way the $7,500 federal credit works in conjunction with the calendar tax year.

This fact, and a more diverse availability of the Chevrolet Bolt EV into its "nationwide release", has enabled the 238 mile EV from GM to log eight consecutive months of sales gains, and a new all-time high this past month.

The Chevrolet Bolt, known as the Opel Ampera-E in Europe, is just slightly harder to acquire outside the US

For the year, GM has delivered 17,083 Bolts, a strong enough result to displace both the Tesla Model X (with estimated sales of ~16,140 copies) and the Chevy Volt on the US best-sellers list for the first time.

At the same time, an inventory level that once was climbing month-over-month into the Summer, now finds itself under some slight pressure heading into the Fall 'EV selling season', falling to (a still fairly ideal...and utterly frustrating to anyone in Europe who finds themselves with a potential 2 year wait for the Ampera-E) ~4,500 units on average during the month (down about 500 units from a month ago).

Of note: We should also take this opportunity to mention that an all-electric car was deemed GM's most reliable offering by Consumer Reports, as the Bolt EV picked up the nod for 2017.

Chevy Volts on a dealer's lot (via Jeff K)

Now comes the time when we speak of GM's other plug-in offering, the Chevrolet Volt.

The 53 mile, extended range offering had firmly been holding GM's plug-in halo (and sales crown) since December of 2010, but that changed in early 2017 when the all-electric Bolt hit dealer lots.

Don't get us wrong, the Chevy Volt is still a very strong seller relative to other plug-in offerings in the US.  In fact heading into October it still found itself in 2nd place overall.  However it would seem that the Volt is more and more finding competition from the Bolt EV as the BEV deepens its release across the US.  Looking at the trends, the Volt will likely fall into 5th spot before the end of November.

A four-way race has broken out to be America's 2nd best selling plug-in after the Tesla Model S (between the Chevrolet Volt, Chevy Bolt, Tesla Model X and Toyota Prius Prime)

With all that said, GM finds itself in a bit of an odd position with the Volt (and its inventory) rounding out the year, as the company has put its 'way car-heavy' Hamtramck, Michigan production facility on a 'modified' (reduced) work schedule from October 20th through mid-November...at which point it will close the plant entirely until 2018.

And while Chevy Volt sales have definitely been a little soft this year, historically November and December are 'prime time' for the plug-in; last year GM sold 6,200 cars over the 2 months.

So to anyone looking in from the outside at GM's operations, not knowing about DHAM's production issues, they might wonder why Volt inventory shot up to 6,000+ units entering November; long story short, it's because GM knows it can sell them over the next 60 days.

With a sharp pen to the MSRP over the last couples month of the year, GM has the depth where the Volt could yet have a shot at finishing inside the "Top 3" for best selling plug-ins for 2017...just behind the Chevy Bolt EV.