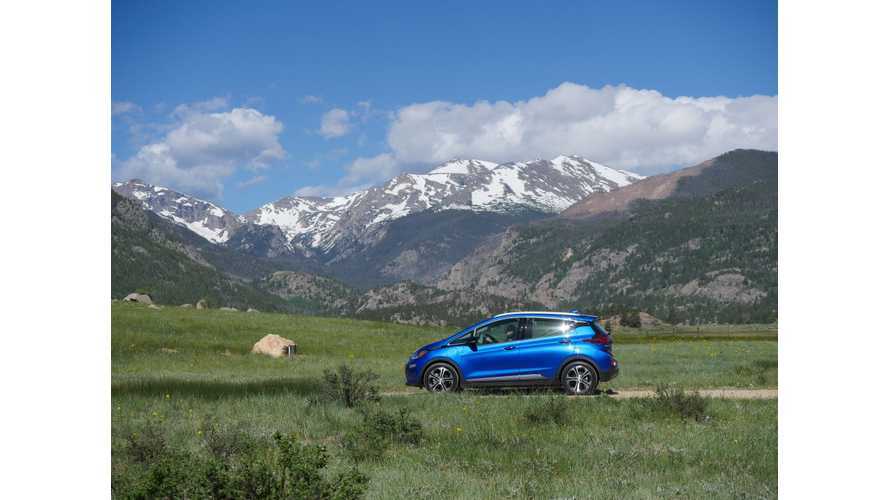 A recent interview with a highly respected Volt/Bolt dealer, owner, and friend of InsideEVs is informative and telling.

It is not the first time we have heard that the Chevrolet Bolt stealing Chevrolet Volt sales ... but at the same time, it's what we could only hope for right?  Not specifically that one of America's most loved plug-in models is losing sales, but a general public transition from PHEV to pure EV.  That is ultimately the endgame one suspects.

But to see Bolt EV sales accelerate of late is a truly amazing revelation. But, the Volt is a great car and the true king of long-range PHEVs by a wide margin. No worries, however, it will all add up in the end. GM seems to have its clothes on right (at least we think so).

WardsAuto noted that now the Chevrolet Bolt is not only available nationwide, but also on sale at places like Costco, which is super huge! Not to mention the forward self-driving development that's already underway and gaining ground exponentially, and the fact the GM has committed to 20 new electric vehicles in the next five years.

Buzz Smith, a friend of InsideEVs (publicly referred to as an "EVangelist"), and a highly respected EV salesman and owner, had a whole lot to share with Wards.

According to Buzz, Volt sales have dropped 60 percent at his dealership since the Bolt EV hit the market, overall Volt sales were off almost 40% last month, and have now decreased year-over-year for 7 consecutive months.

But to him, a sale is a sale. While GM's Orion Twp. facility, which makes the Bolt and the Sonic, has seen an upturn in activity as of late, Detroit-Hamtramck assembly has stopped making the Volt for the remainder of 2017 (along with a handful of other passenger cars). Buzz told WardsAuto that many of his Volt owners have made the switch:

“Some of them even timed the expiration of their Volt lease to coincide with the Bolt launch.”

In some markets, incentives have made the Bolt the better buy, especially since the two cars are not priced too far apart (the Bolt starts at $3,500 more). San Francisco Bolt owner, Chadwick Wyler, shared:

“I originally wanted a Volt, but the incentives made the Bolt more competitive.

After doing the research, I challenged myself. There have been 100-mile-range (160-km) EVs on the market for a few years and those people were doing fine. I wanted to be an early adopter, too."

Cleveland-based long-time Volt owner, Lucy Cooley, had planned to opt for a second-gen Volt. However, she changed her mind quickly:

Inside the 2017 Chevrolet Bolt

“Once the Bolt became available, it was no more thoughts of Volt Gen 2. (We) tried so hard not to burn gas in the Volt – almost obsessive about it

The new obsession is one-pedal diving."

Though she was clear to say that they've kept the old Volt, too:

“We love it and the resale value seemed too low."

GM told Wards that the Bolt is just arriving in a better market than its older sibling. People understand about EVs now and some even appreciate them. When the Volt premiered back in 2011 it was difficult for the automaker to educate people about how it worked. Now, green-friendly advocates will likely choose the Bolt over the Volt when given the choice. GM's Jim Cain explained:

“There are customers for pure-electric vehicles who would not consider anything with a tailpipe."

While some dealers have been successful in selling the Volt and informing consumers correctly, others have not. Steve Majoros, director of marketing, cars, and crossovers at GM told Wards:

“We have some dealers that are phenomenal at it and some that are OK.

What does it take to move a dealer from OK to phenomenal? It takes a lot."

Buzz Smith has a showroom in his dealership that is Bolt/Volt specific. He's named it Electric Avenue. Wards says it's much like an Apple store and it's unique to any other Chevy dealer. Most dealerships, especially those in Smith's area of Dallas-Fort Worth, Texas, promote the pickup truck first and foremost. Buzz added:

“Texas is a lot like everywhere else. Yeah, 60% of sales are trucks but we still sell a lot of cars and crossovers, and people are always coming in looking for better fuel economy.

Fun and fuel economy are no longer exclusive. I had a customer come in recently looking for better fuel economy but said she also autocrosses. I pointed her to the Bolt.

And once you plant a seed with that first plug-in, their next car will be a plug-in, too."

He's not worried about the fate of the Volt, however. He concluded:

"The Volt will rebound. It is still a much more logical choice for people who travel.”