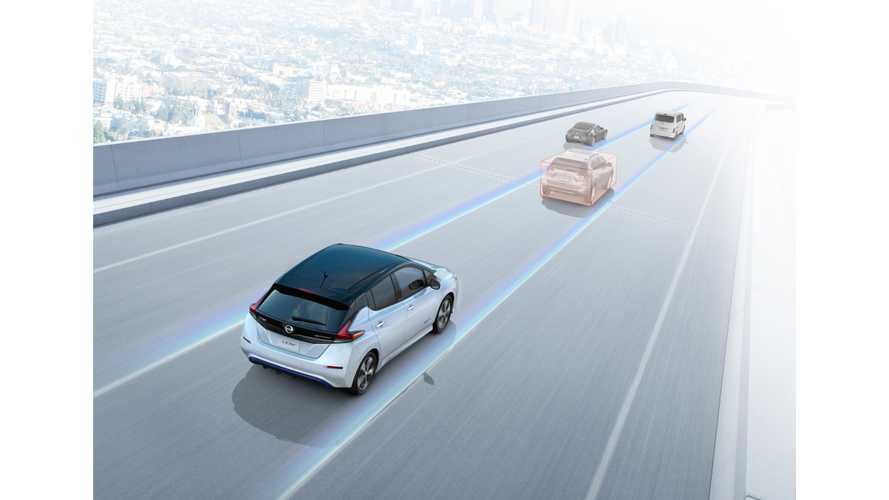 A follow up test drive review of the 2018 Nissan LEAF by Electrified Journeys Japan (see original test drive/impressions here) is focused on Nissan's new ProPILOT Assist functions which debuted (for most of us) on the new ~150 mile/240 km EV.

The driving assist system turns out to work very intelligently in highway traffic environments, keeping both the line and speed, as well as being reactive to situations such as lane intrusion.

The system is also found to brake seamlessly, while also accelerating jauntily.

If you let go the steering wheel , after some time elapses, ProPILOT will begin alarming you to pay attention, and if that doesn't happen - the car will slow down and stop.

In the next generation of the system, the LEAF will be able to pull over to slowest line and the stop, which sounds like a much less dangerous situation than stop ping in the fast lane.

For Japan, the Nissan LEAF is actually the second model to get ProPilot, after the Serena van (Japan-only offering), received a slightly less capable version in 2016.