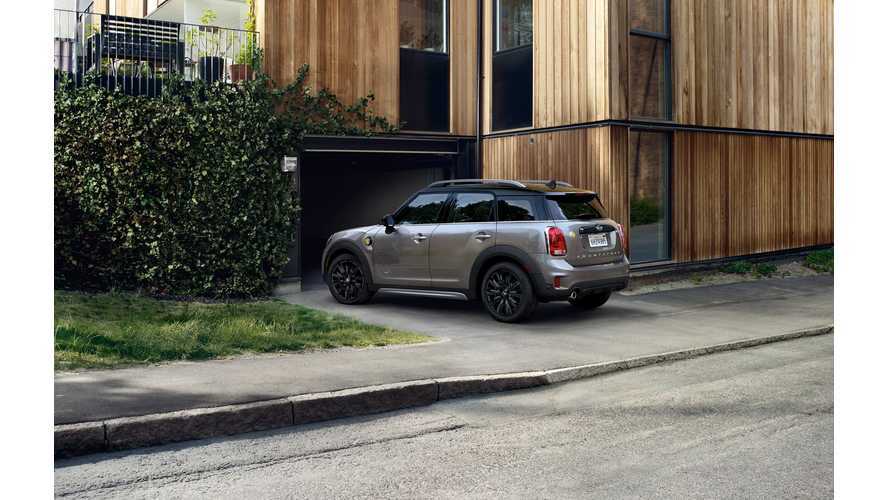 First off, can we say again...we super-duper hate the naming convention by BMW here for its sub brand, specifically the MINI Cooper S E Countryman ALL4 Plug-In Hybrid...or MCSECA4PHEV for short we suppose.

The Toronto Electric Vehicle Association (TEVA) released its own test drive presentation for the MINI Countryman PHEV (see how easy that was to shorten?) that recently entered the US and Canadian market.

The walk-through focuses mainly on the driving modes, and if you have ever driven any BMW plug-in hybrid then you know there are plenty to choose from.

In the U.S., the first three full months of sales resulted in an average of 80 units a month, which suggests that 12 miles of EPA range and a 65 MPGe rating (both less than the performance BMW i8) isn't quite as appealing as it is Europe, although to be fair availability has been fairly thin so far.  Ultimately only time will tell.

The review says that Toronto deliveries are expected to begin in January or February, however InsideEVs editor-in-chief has already taken one for a test drive just outside of the city from an inventory unit that was for sale, so one imagines it is available now at some dealerships already if one is so inclined to pick one up.

One of the cool features noted is the rear view camera, that marks not only the lines but also the obstacles in the car's path.