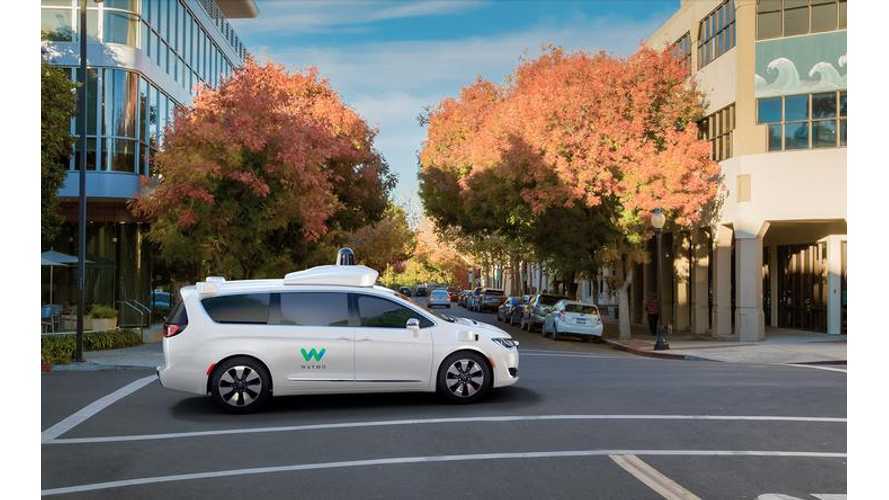 While Ford is working on its own self-driving tech, and GM acquired Cruise Automation for assistance, Fiat-Chrysler's gateway to future mobility is via Waymo.

Waymo is Alphabet's autonomous car subsidiary, formerly known as the Google self-driving car project. As we've previously reported, the company is employing a fleet of Chrysler Pacifica Hybrid minivans outfitted with its suite of autonomous technology. Initially, about a year ago, Waymo obtained 100 vehicles for the self-driving test fleet, followed by another 500 a few months thereafter.

Now, Waymo has placed another order for thousands of modified, self-driving Pacifica Hybrids. For now, the company is offering free test rides in Arizona and plans to launch a ride-sharing service sometime in 2018. There are also plans to expand the number of cities in which such test rides and eventual ride-sharing services are offered.

The final number of autonomous Pacifica Hybrids ordered will depend on the latter. Waymo is not giving a definitive number at this time but has said that orders may continue to grow, however, it has announced that an order has already been finalized for at least "thousands."

"With the world's first fleet of fully self-driving vehicles on the road, we've moved from research and development to operations and deployment."

Fiat Chrysler isn't starting its own ride-sharing, autonomous, or future mobility subsidiaries, so at this point, Waymo is its only gateway into the growing markets. FCA CEO Sergio Marchionne shared:

"In order to move quickly and efficiently in autonomy, it is essential to partner with like-minded technology leaders."

It's important to note that while FCA is manufacturing these modified Pacifica Hybrids for Waymo, they are not available for purchase by the general public or any other businesses at this time.