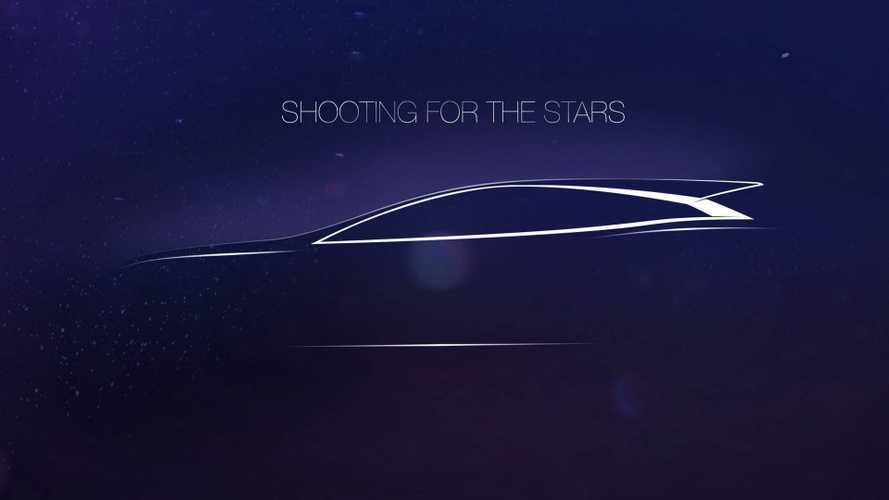 20 will be made and you can already order one.

While California-based Newport Convertible Engineering has transformed the Tesla Model S into a convertible, a Dutch coachbuilder has come up with a different and more practical conversion. After launching a hearse some time ago, RemetzCar is back to tease its shooting brake proposal for the all-electric premium sedan.

Commissioned about a year ago by a Dutch shooting brake collector, the Model S Shooting Brake is being developed by independent design company Niels van Roij Design based in London. It’s more than just a one-off as a small batch of 20 units is planned and the company is already accepting deposits for those willing to get their hands on what is shaping up to be a stylish wagon.

At the moment of writing, we only have a teaser image to go by and it indicates the car will live up to its shooting brake status by only featuring two doors. However, the design sketches attached below show the Model S wagon will retain its rear doors, so we don’t know what to believe. Our guess is the car will not lose the rear doors, which would make it a true wagon rather than a two-door shooting brake.

Besides fiddling with the Tesla Model S’ body, the folks from RemetzCar have also come up with a six-door Range Rover and even a Fiat 500 hearse for some reason... Their website also shows several extra-long versions of the Bentley Mulsanne, Audi A8 L, and Mercedes S-Class.

Production of the first Tesla Model S Shooting Brake has commenced already and will be shown in full early March next year. The coachbuilder goes on to mention a multitude of options are available as well as a highly customized interior. Details about which version of the electric sedan will be used have not been disclosed and we’re also curious to find out how much it costs.