The Woz No Longer Believes "Anything Elon Musk Or Tesla Says" 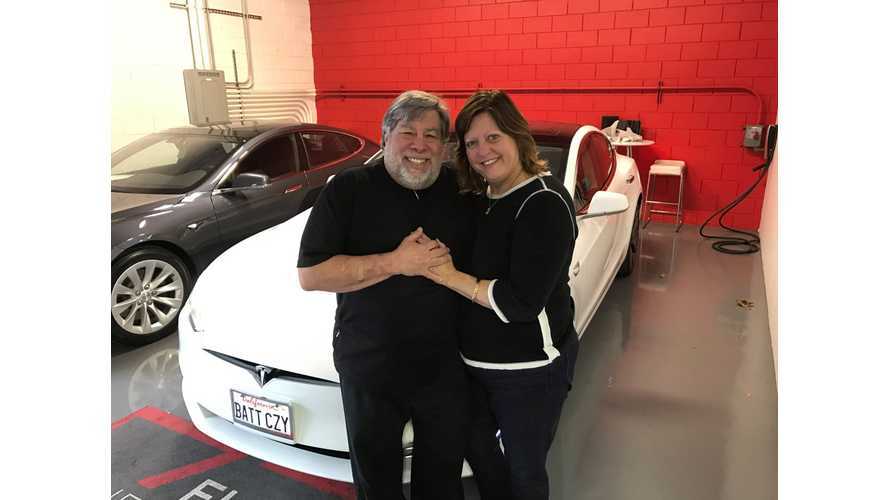 Steve Wozniak (aka The Woz) is still a Tesla fan, but only when it comes to the actual product. He can't trust Tesla or its CEO Elon Musk anymore and he's now telling us all why.

Wozniak has gone on record stating that he still loves the cars Tesla makes, but he doesn't trust a word from the automaker or its CEO Elon Musk.

Woz With His Chevrolet Bolt

At the Nordic Business Forum in Stockholm, Wozniak went on a rant, one largely aimed at Tesla. The Woz, a long-time Tesla owner, seems fed up with the undelivered promises coming from Tesla and CEO Musk. Quoting Wozniak:

"Now, I don't believe anything Elon Musk or Tesla says. But I still love the car."

Why the lack of belief? Well, it seems to boil down to promised Autopilot capabilities that still don't exist today. Woz stated:

"Then they came up with some sensors that Elon Musk said would drive itself across itself the country by the end of 2016."

"And then ... they got rid of their sensor company and put in new sensors — instead of one camera, eight cameras."

With these new sensors the promise to "drive itself across the country by the end of 2017" was announced. That still hasn't happened and Wozniak now seems to believe this self-driving capability will never come. He's put off by the fact that other automakers have leapfrogged Tesla in regards to autonomous capabilities. One study places Tesla dead last in autonomous-drive.

Musk's latest statements on self-driving and this cross-country trip indicate it may happen in early 2018. But as recently as December, Musk admitted it probably wouldn't, so another delay was basically announced.

"What he says, can you really believe in him? Is he just a good salesman, like Jobs..."

As for the state of Tesla's Autopilot capabilities, Wozniak remarked:

"When a Tesla runs into any condition on a highway that is a little unusual — a cone in the middle of a lane — you have to move over. A dumb human or a smart human can easily do it, but the Tesla can't."

"Man, you've got to be on your toes all the time with it."

"All Tesla says is, 'It's beta, so we're not responsible — you have to be in control. So that's kind of a cheap way out of it. Everything I've read told me that every other car manufacturer in the world — Audi and BMW — are actually ahead of Tesla for self-driving cars."

Though he still owns a Tesla, Woz says he Chevy Bolt is his daily driver:

"...we always drive the Chevy Bolt EV instead of the Tesla, every day."