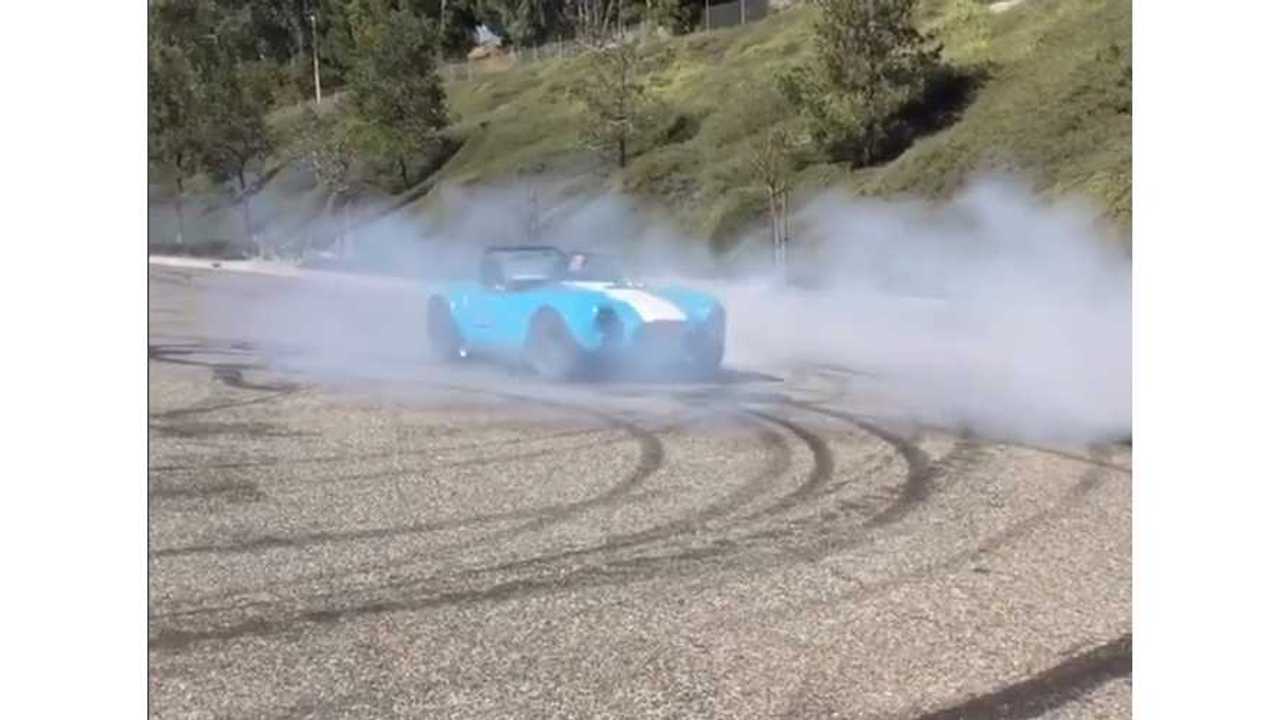 Motor's in, time to make the donuts!

Big motor stuffed into a small car. It's a recipe relied on by hot-rodders since forever, and in this dawning electric age, it continues. And why not? It's super effective and, as you can see in the doughnut-making video above, provides for a very entertaining drive.

What lies beneath the carbon fiber.

The electrified AC Cobra replica here, with its carbon fiber skin, is a project taken on by one Don Swadley. Instead of the traditional Ford V8 under the hood, he's attached the rear axle from a Tesla beneath its trunk. Pulled from a Model S P85+, that sub-assembly contains, among other things, an electric induction motor capable of unleashing 350 kW (469.4 horsepower). We're told by Matt Hauber, the driver in the above clip and owner of the San Diego-based conversion company Stealth EV who supplied all the EV components, including 24 kWh of Enerdel-branded batteries, that it's only putting out 275 kW (368.8 hp).

Still, that's enough to make the man declare that it's the fastest car he's ever driven, regardless of powertrain. Now, having done a couple laps around the famed Mazda Raceway Laguna Seca  whilst strapped into the passenger seat with Mr. Hauber behind the wheel of a BMW converted by EV West — a company he co-founded — that featured over 420 hp and unknown mountains of torque, I know firsthand that's a notable claim. When he says the wheels will lift off the ground when the accelerator falls to the floor, I believe him.

While we're not sure what plans the owner of this Cobra has for his car, we did get a chance to learn more about what's in the Stealth EV garage. Besides getting complete kits put together to motivate any EV project using such components as Tesla motors and batteries, interface controllers from Andromeda Interfaces, and Orion battery monitoring systems (BMS),  he's got another Zelectric VW bus underway and couple more projects for ICON baking in the oven (one of those is a Derelict build using a '49 Mercury on a custom chassis, the other is too awesome to even speak of at this time). Previously, Stealth EV did the conversion work for another ICON Derelict project, the VW "Wild Thing," some bonus footage of which awaits you below.