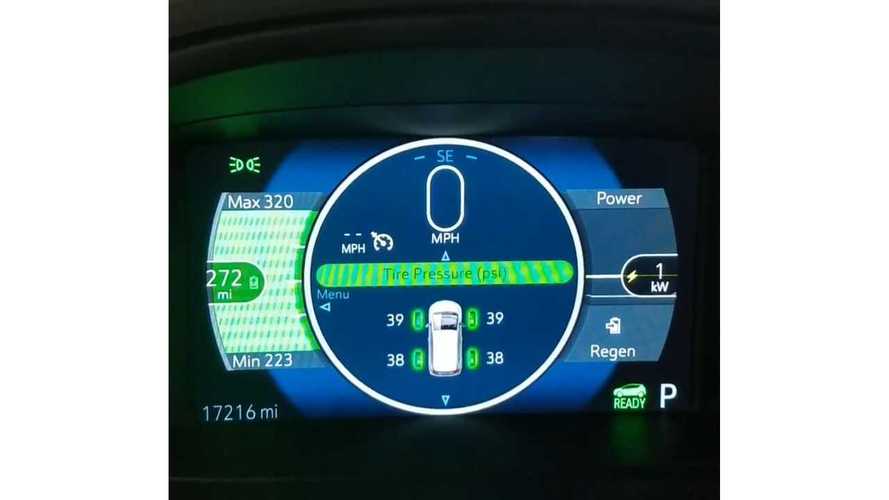 According to General Motors, the Chevy Bolt EV gets an EPA-estimated 238 miles of combined range.

Of course, the automaker adds the standard disclaimer:

"Your actual range may vary based on several factors including temperature, terrain, and driving technique."

This disclaimer acts as a safety net so that people who don't achieve the 238 miles of range will have no grounds to complain. It's basically a fancy way of saying that if it's cold, or you drive on steep or rough terrain, or you tend to "drive it like you stole it", you're probably not going to get the range you're hoping for. Just the same, it can be read to mean that you may be lucky to go further than 238 miles on a charge.

Recent EPA documents show the Model 3 tested at a combined 334-mile range, although Tesla says it's 310. This is likely so that more people will actually achieve the expected range, or even exceed it, rather than the opposite situation, which leads to unhappy customers and range anxiety.

The above video is surely not the first time we've heard of people exceeding the Chevy Bolt's EPA range. It's definitely nice to see, though, at over 17,000 miles the car is predicting 34 more miles (or about 12 percent more range) than advertised. This is especially true since, unlike the Tesla models, we're fairly confident that GM is not under-reporting the Bolt's EPA range. Consumer Reports says the Chevy Bolt has more real-world range than any vehicle it has ever tested (including the base Tesla Model S 75D, which the EPA puts at 259 miles, whereas CR ran out of juice at 235). Of course, Tesla disagrees with CR's findings.

Chevy Bolt EV 2017 Secrets range update!!!! This car is like fine wine it gets better over time.