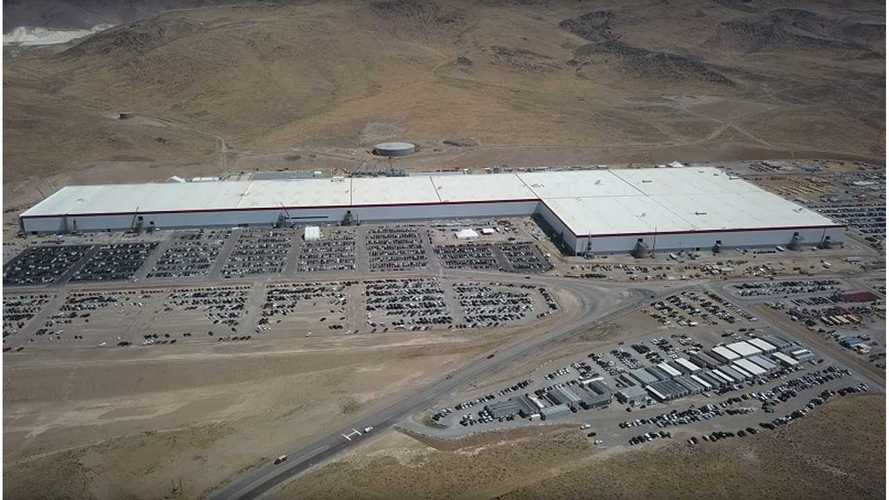 The battery (and powertrain) facility Tesla Gigafactory 1 remains unchanged in size since the last flyover video recorded on August 17, 2017 by California Phantom, some six months ago.

The latest photos provided by Teslarati reveal no expansion on the outside, excluding the newly paved parking lots.

Well, we hoped that the building will be expanded step by step and take shape of the visualisation (see on the right).

At the same time, "sources working at the factory" report  upgrades inside the factory.

"Construction permits filed by Tesla in July 2017 revealed a $4.9M project addendum to an existing Section G of the facility and a $9.18M HVAC system for an ‘air separation yard’ project. Permits for several other multi-million dollar projects were filed at the time, but nothing in regards to new sections being added to the building."

Tesla is also hiring more workers for all sorts of jobs within the factory.

We have our doubts regarding the current size of the building being enough to handle all of the Model 3 battery cells and packs needs (as well as powertrain and energy storage systems).