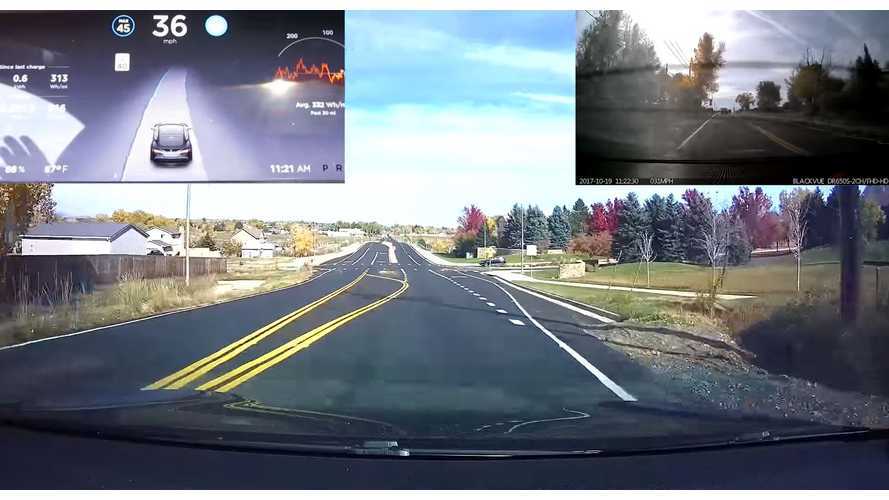 Apple co-founder Steve Wozniak isn't the only one to throw shade at Tesla Autopilot, but his opinion comes from direct, long-term experience.

Whether you value Woz' opinion or not doesn't really matter. Some believe that no one cares what the ex-Apple guru says these days, while others look to his opinion due to his history and current-day connection to such matters. Woz is not only a tech wiz with plenty of insight in the field, he also owns a few Teslas and has for some time, along with owning a Chevy Bolt EV.

The reason we mention the Bolt is that GM's autonomous car director just called Tesla out for its Autopilot system as well. Unfortunately, Woz' Bolt is not of the self-driving variety since those are not yet in public possession (wouldn't it be great if he could get GM to furnish him with a self-driving Bolt for comparison?). However, GM is testing a large fleet of the vehicles in multiple locations and making huge strides.

He's in the camp of people that think Tesla's name choice for its self-driving technology was not the best idea.

Added to this, Woz believes that the gimmicky hype could have dire consequences. Calling the system "Autopilot" gives people a sense that they can relax in the car and let it handle things, at least to some extent. The continuous hype surrounding the tech makes people (especially those without much knowledge or experience on the subject) yearn to get in a self-driving Tesla with Autopilot and experience it firsthand (hands off, of course, cause why the heck not?).

According to Woz, those people would likely be sorely disappointed (but hopefully safe!). He told CNBC in a recent interview:

“Tesla has in people’s mind that they have cars that will just drive themselves totally, and it is so far from the truth, so they have deceived us.

Steve and Janet Wozniak with their Model S P100D

Sometimes Teslas are dangerous because of what they call 'Autopilot. You get thinking, 'Oh, it is easy, I can reach over and not look for a few seconds,' and that is the second your car drifts over the line."

To say that all people pay attention to all the rules/details/warnings/news/etc. would be a overstatement. Yes, in the end, those that don't follow the rules or pay attention are at fault. YOU MUST KEEP YOUR HAND ON THE WHEEL AND BE ENGAGED AT ALL TIMES. But really, are they going to do that? People notoriously bend the rules, right? Nonetheless, Tesla told CNN (via Mashable):

"We will also continue to be extremely clear with current and potential customers that Autopilot is not a fully self-driving technology and drivers need to remain attentive at all times."

In the end, after having driven Tesla vehicles for many years (old and new/AP1 and AP2), Woz asserts that the automaker is behind others. Since Tesla has been working to fully rebuild the original AP1 Mobileye system, through continuous, incremental over-the-air software updates, as well as some hardware updates, most Tesla owners agree that it's just not what it used to be, and not what it needs to be. Woz said:

"In a lot of ways, Tesla is behind companies like Volvo and Audi."

It's a process though and Tesla promises that it will get there. It's been over a year thus far and much work still needs to be done, but progress is being made. For now, however, Woz warns that it's important to be cautious. He shared:

"Driving my Tesla, over and over and over there are unusual situations on any road anywhere and every single human being alive — dumb or smart — would be able to get through it and the Tesla can't.

Is Tesla ever going to be able to detect things like red lights and stop signs?"

He was careful with his conclusion, however. Woz is and has always been, a huge Tesla supporter. Though he's skeptical about the current state of Autopilot, he still loves electric cars and acknowledges the impact Tesla has made on him:

"Tesla has done something that is so important to me. I mean transitioning from gas-driven cars to electric cars for a future, it is part of our cleanliness formula."