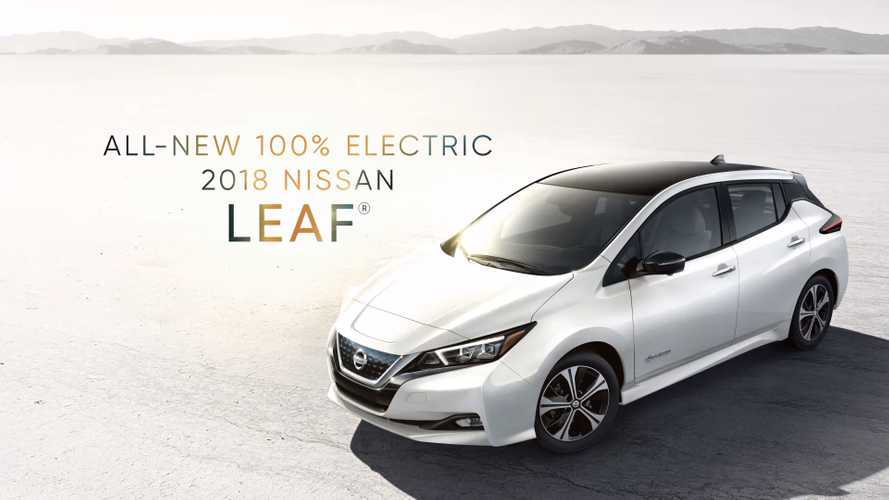 The 2018 Nissan LEAF is ready for its close-up.

Disney's "A Wrinkle In Time," based on the identically-titled 1962 novel, is set to be a blockbuster. Just look at the star-studded cast: Oprah Winfrey, Reese Witherspoon, Zack Galafanakis, the Nissan LEAF, and the young-but-capable Storm Reid. Ok, maybe the all-electric hatch isn't really a headliner, but that's not to say the car's presence in the film is merely incidental. Nissan, at least, is making a pretty big deal about it.

The North American arm of the Japanese automaker is collaborating with Disney on a number of fronts that tie the movie in with the all-electric model and the Nissan brand more generally. Besides the usual commercials one might expect from this sort of partnership — yes, there will be a movie-inspired ad campaign for the redesigned 2018 LEAF — the collaboration will also see a film-making contest for would-be directors with a fantastic grand prize.

In return for submitting a 2-minute film that best demonstrates qualities like "their unique storytelling voice, their creativity and originality, and their depiction of one of the most powerful lines of dialogue in the film, "Be a Warrior." the winner will receive a brand-new 2018 Nissan LEAF, $100,000 to be used for making their next film, and a trip to the film's world premiere, which will include a chance to meet its director, Ava DuVernay.

Additionally, Nissan and DuVernay will be introducing a number of "digital video vignettes will feature the insights of forward-thinking African-American influencers sharing their tips for other self-starters looking to blaze a path to success" under the banner of "Forward Faster Class" as part of Black History Month.  The clips will appear on the NissanUSA.com mid-February. Although it is now 2018 and we've been making movies for over 100 years, DuVernay is the first woman of color to direct a big budget ($100 million or more), live-action film.

Check out the video above for more about the contest from some of the stars and director of A Wrinkle In Time. If all this has you a bit curious about the actual film, we've included an official trailer below for your enjoyment and edification.