First Pure Electric Volvo To Arrive As Standalone Hatchback In 2019 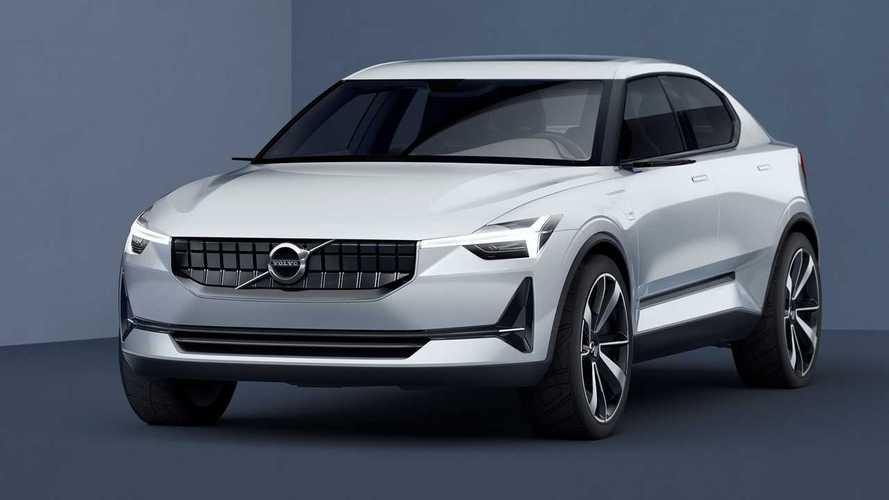 According to Volvo, its first-ever pure electric vehicle will be an all-new hatchback arriving in 2019. XC40 electric CUV will be next.

The production EV will be based on the 40.2 concept.

Volvo is already at the forefront of the hybrid race, together with a couple of other manufacturers, but the Swedish company is aiming high and is looking to expand its portfolio with a purely electric vehicle. This will happen in 2019, according to a new report from Autocar, when the brand’s first-ever EV will debut.

The British publication claims the electric car will be largely based on the 40.2 concept, which will morph into a production model with only a few design changes. The EV will take the shape of a coupe-like hatchback and will be positioned in the 40-badged model series of Volvo with a similar size to the S40 and V40.

Underpinning the new electric hatch will be the automaker’s Compact Modular Architecture (CMA), which is designed to accommodate all kinds of powertrains, including purely electric systems. Nothing is confirmed, but R&D boss Henrik Green hinted to Autocar it will offer a maximum range on single charge of about 310 miles (499 kilometers).

“That’s the area we’re aiming at,” Green told the magazine. “We’re in the middle of development and we are constantly chasing new steps. It’s quite different to developing a car compared to five or 10 years ago. You set a prerequisite three or four years before a car’s launch and you ran towards that target, and if you did that well, you came out with a competitive offer.”

Green also revealed the new EV will use a modular battery system, which will allow it to be ordered in different power and range specifications. At this point, there’s no decision what the minimum range will be.

“We are building a modular system to meet different customer sectors, both in battery size and electric motor configuration,” Green added. “The goal is to address the broader population with cost-efficient solutions and then address a more premium segment with more motor power and longer range.”

Last year, Volvo announced plans to electrify its entire model lineup from 2019, when it will mark "the historic end of cars that have only an internal combustion engine.” By 2025, the Swedish manufacturer wants to have no less than one million electrified cars on the road.