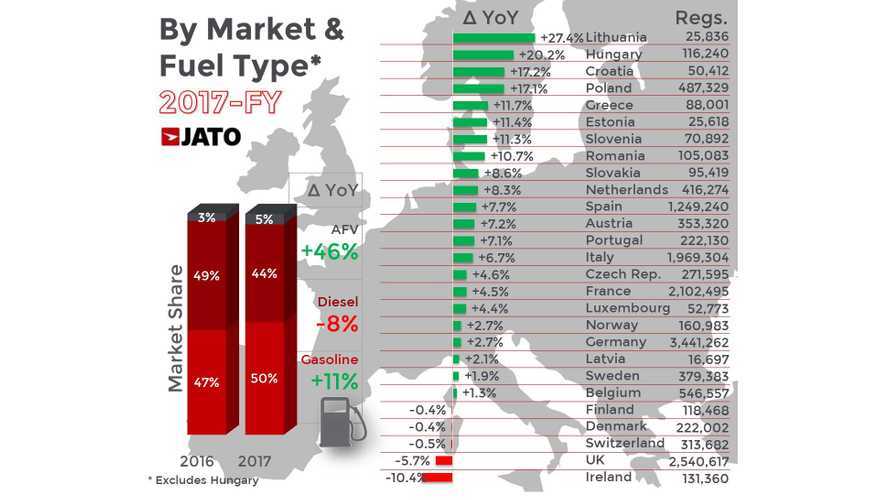 The growth is currently largely attributed to Eastern and Southern Europe.

It was the first year in a long-time when diesel market share decreased below gasoline market share. Diesel went down 7.9% and stands at 43.7% - that level is expected to decrease even more soon.

In the diesel retreat, alternative-fueled cars are gaining traction. In 2017 some 737,400 hybrids , electric and plug-in hybrids vehicles were sold. That's 46.1% more than one year ago and 4.8% of the entire market.

We estimate that more than 300,000 come from plug-in models, so the year 2018 should be the first when the alt-fuel category will mostly consist of plug-ins (probably well over 400,000).

The other hot segment are SUVs, which achieved a new record of 4.56 million (up 19.5%). That means the right thing to do is to introduce plug-in SUVs and catch onto both waves at once, right?